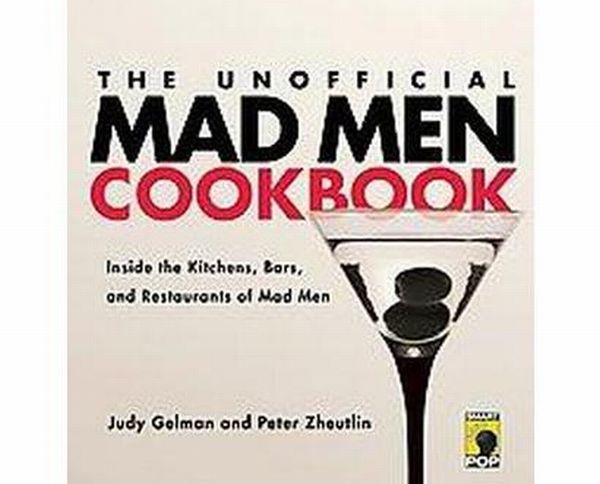 First prepared in the 1890s at the Waldorf Hotel, the predecessor to the Waldorf-Astoria, the salad’s original recipe of chopped apples and celery tossed with mayonnaise is widely attributed to Oscar Tschirky (of Veal Oscar fame), the Waldorf’s maitre d’hotel. His Waldorf Salad recipe appeared in his 1896 book, The Cook Book by “Oscar of the Waldorf”

, and did not contain nuts. He thought adding walnuts was an abomination. By the 1960s, the Waldorf Salad recipe had evolved and included nuts, typically walnuts or pecans, and grapes. Even at the Waldorf, the salad went through many iterations that included such diverse ingredients as smoked chicken, currants, Maine crabmeat, and crispy calamari. Other modern recipes now include raisins, watercress, and/or onions. Today, the Waldorf Salad served at the Waldorf-Astoria includes chopped black truffle shavings and candied walnut halves.

Had Don accepted Connie’s [Conrad Hilton, the famous hotelier] offer to enjoy the salad named for the famed Waldorf-Astoria kitchen, he would have been served the first version below, right out of the Hilton International Cookbook. The second recipe is for the salad as it is served at the Waldorf today. “It may not surprise you to hear that this is the single most frequently requested recipe at the Waldorf-Astoria from people around the world,” wrote John Doherty, executive chef at the Waldorf, in The Waldorf Astoria Cookbook by John Doherty and John Harrisson (1996). “[T]his is my favorite version – it is light, refreshing, and the truffles give it that special touch. In fact, it is more popular now than it has ever been.”

Note: You can use spices of your choice for the seasoned mayonnaise. We prefer salt and pepper to taste.

For the apples, we prefer a tart variety such as Granny Smith. Feel free to add your own favorite additions, such as grapes and nuts.

Peel the apples and remove the cores. Divide each in half and then cut into slices. Reserve 6 slices and cut the remainder into thin julienne strips. Combine the julienne strips of apple with celery and toss with half the mayonnaise. Place the mixture in the middle of a salad bowl and spread with the remainder of the mayonnaise. Garnish the rim of the salad with lettuce leaves and decorate with celery leaves and apple slices.

Photo of the Waldorf Astoria Hotel in New York City/pietroizzo