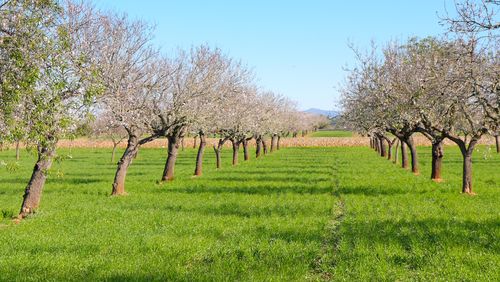 The House of Representatives is just starting their work on the 2012 Farm Bill. The House Agriculture Committee has been gathering information and testimony for some time now, but they were waiting to see the Senate version before putting forward their ideas.

This Tuesday, the House Subcommittee on Nutrition and Horticulture will hold a hearing on specialty crops and nutrition programs.

The Senate version of the Farm Bill cuts about $4 billion from nutrition programs like Food Stamps over the next ten years. The House version is expected to contain more cuts, with estimates of cuts up to $200 billion over the next decade.

If a certain amount of money isn’t cut from the federal budget, automatic cuts will take place, due to an agreement last year where Congress avoided making tough budget decisions. A large chunk of the automatic budget cuts will be in the defense budget. By cutting enough out of the food budget, some representatives hope to avoid defense budget cuts altogether.

Specialty crops include fruits, vegetables, and nuts. The bulk of the Farm Bill (not just this year, but all previous farm bills) is concerned with large commodity crops, such as wheat, corn, rice, peanuts, etc.

Funding for specialty crops goes to programs that impact entire industries, rather than just a few individuals or organizations. Some specialty crop programs include research into local varieties and plant health, buy local programs, trade assistance, promotion (think of the “Got Milk” campaign), and marketing.