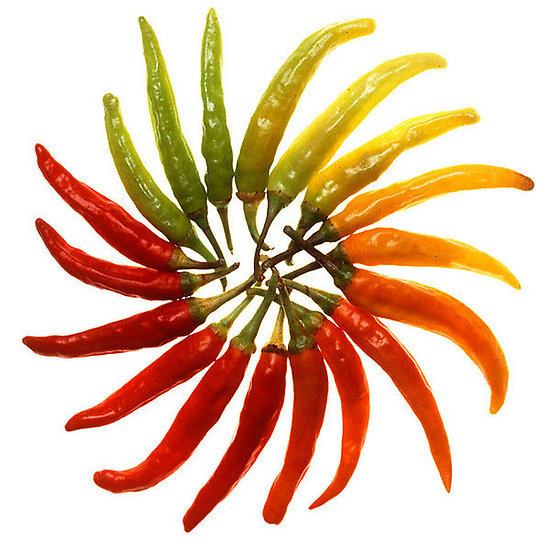 The first time I popped a  jelly belly bean into my mouth, I was taken aback. It was a chilly mango jelly belly and I hadn’t checked. I both admired and resented the audacity of the tiny thing. Chilly – that sensation that makes our tingle is actually more complex than it seems and has recently been on the scientific research radar.

Most fascinating about the chilli plant is that its fruit is the chilli seed. Normally used to entice insects and animals to disperse seeds, the chilli plant’s evolutionary strategy for producing something so pungent is unexplained.

According to a recent Science News article, research by a University of Florida zoology professor  Douglas Levey’s team has found that chillis make themselves hot to protect themselves, mainly from a fungus called Fusarium, the main cause of seed mortality. Further, the fungus colonizes the plant by wounds made on plant parts by insects, making it useful for the plant to ward insects away.

Levey said that the chemical responsible for the “hotness” in chilli – Capsacin, it turns out, also drastically inhibits the growth of microbes and mammals like foxes and raccoons that can destroy the plant. But nature’s smartness doesn’t stop here – the plant has  an efficient seed dispersal mechanism, despite this. Its seeds are dispersed by birds that don’t have the biochemical machinery to detect the spicy chemical and continue to both eat and disperse the peppers happily.

The team also observed that a typical chilli plant produces a variety of peppers of varying hotness
: high and low. The plants with high pungency peppers were found to be significantly better at warding off the Fusarium fungus.
“And the chemical doesn’t just help the plants that produce it, either,” Levey said in the Science News report. “The consumption of chilies can help protect humans from the dangerous diseases that are so plentiful in tropical climates.”

“The use of chili peppers as a spice has spread to nearly every culture within 20 degrees of the equator, and it tends to decline as you move toward the poles,” he added.

The article explains that the capsain molecule from chilli plants, one of the first plants domesticated in the New World, may have also protected human food from microbial attack long before refrigeration or artificial preservatives were available, he said.

The research throws up the question of why the plant produces non-hot chillis at all. At this point, the team’s think it is because capsaicin is so expensive to produce.

As the team found further, it seems logical that at higher elevations, where conditions are more humid and fungal growth is more conducive, that 100 percent of the plants produced hot chilies. In the drier lowlands, only 40 percent of the plants produced hot peppers – the remaining plants spent their resources developing thicker seed coats, to protect against ant populations that can destroy the plant and common in these areas.

According to Levey, the hot pepper has a thin coat and energy to produce the peppers is used at the cost of producing a thicker seed coat, so it’s a choice the plant makes.

If this were to arouse anyone’s curiosity to go out and explore chilli plants, the seeds of the hot and non-hot variety are identical. You have been warned.