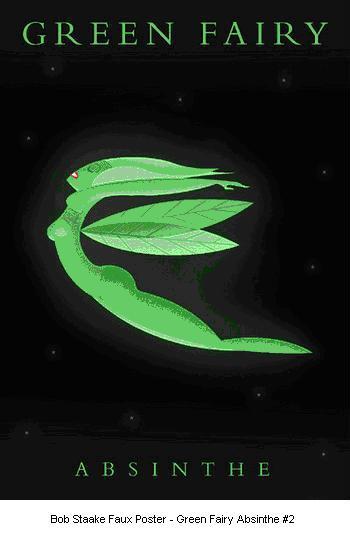 Two confessions – One, I’m not a cocktail drinker. I prefer my alcohol straight-up or at  most with a splash of tonic or dry vermouth. Second, when I was working in France, I sneaked away from the daily grind of the restaurant to go taste the magic liquor, the green fairy, Absinthe. Who was I to argue with the likes of Vincent Van Gogh and Oscar Wild?

According to scientist and author Harlod McGeee,

Absinthe is a distilled spirit flavored with a variety of herbs and spices, primarily wormwood, an aromatic, bitter shrub. The key constituent of wormwood is a chemical called thujone, which gives it – and absinthe – a penetrating evergreen aroma.

Absinthe contains a very high alcohol content (usually between 60% to 80% – that’s 120 to 160 proof) and thujone (also a major component of the herb sage) at times has been believed to cause hallucinations, seizures, and just generally bizarre behavior.

In the late 1800’s, public outrage over stories and urban legends took over, and absinthe was banned in most European countries. “The United States jumped on the bandwagon and banned it in 1912. Most distillers gave up production, although not all, and absinthe became a fringe item with a small cult following. Until now.” [1]

There is no law against owning or drinking absinthe in the United States, but it is illegal to manufacture, sell, or import it – sort of. As it turns out, the U.S. law has a little loophole: Alcohol is only illegal if they contain greater than 10mg of thujone per liter. And, as it turns out, most pre-ban absinthe had less than that.

Enter Lucid and chemist Ted Breaux. Breaux is a New Orleans native with a talent for reverse engineering absinthe recipes from old bottles of the stuff. His Lucid (manufactured in France beginning in 2007) is the first true, Grande Wormwood-based Absinthe of its type seen in the U.S. since before prohibition.

The experts over at The Wormwood Society said Lucid has a nice “balance of anise and fennel and wormwood” with a “hint of spiciness” and “is an absinthe that doesn’t overpower the novice, and will leave them wanting to try more.”

According to Absinthe.bz (where you’ll find only authentic Absinthe made according to the original, 19th century Absinthe formula) there are two popular methods for serving Absinthe. Both require the use of an Absinthe spoon, a large spoon with open slots in it allowing liquid to pass through. In a pinch, a large fork can work as well.

Sit back, relax and give it a try. Maybe you’ll be verifying a few urban legends of your own.