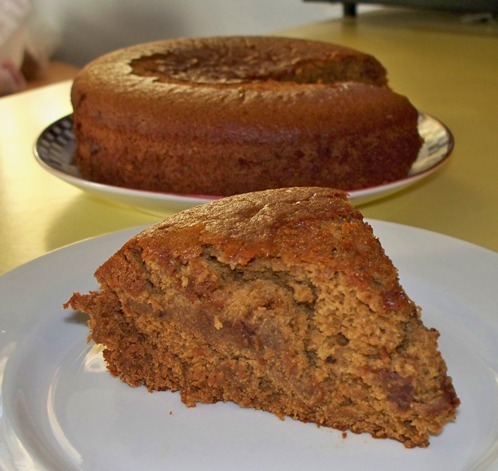 In the 1930s, Americans still ate mostly local, seasonal food prepared in traditional fashion. That was all soon to change. The national highway system enabled goods to travel across country quickly. Refrigerators and freezers were becoming commonplace in ordinary homes. Madison Avenue found new advertising techniques to convince consumers to buy processed, packaged foods. Old traditions were dying out fast and the unique flavors of the different regions of the United States would soon find competition with the blander, more uniform flavors of chain restaurants.

The Work Projects Administration assigned writers to document local recipes and food customs from all over the United States in an effort to preserve a moment in history — as well as employ writers who would otherwise have starved during the Great Depression. The writings were to have been collected in a single volume called America Eats, but with World War II, the economy improved and writers no longer had to be dependent on the government for employment. The notes and essays sat in storage for many years. Mark Kurlansky, author of many acclaimed nonfiction books, including Cod and Salt, selected several of the writings from America Eats for the The Food of a Younger Land.

The states (48 at the time) were arranged in five regions: Northeast, South, Middle West, Far West, and the Southwest. Some regions sent in more writing than others and Kurlansky has set up the book to reflect that.

And a Big Booya for Hasenpfeffer

I learned a lot about regional recipes and old-time customs. I now have a recipe for Hasenpfeffer, which I first learned about in Bugs Bunny cartoons. It takes three days to brine the two rabbits necessary to feed six people (for the brine:  4 c vinegar, 5 c water, 2 tsp salt, 2 medium onions, 6 bay leaves, and 25 cloves).  After three days, remove the rabbits from the brine, pat dry, brown the meat in hot beef drippings, “add spice” (not specified), and simmer for an hour and a half.  I also found out that Booya is not just an exclamation on Kim Possible and Mad Money with Jim Kramer — it’s a soupy stew with just about everything imaginable in it.

Disagreements within regions are also reflected. Clam chowder recipes differ between Rhode Island, Long Island, and Maine — should we include tomatoes or not? There are recipes for the correct way to prepare wild duck in Oregon and wild duck in Utah and the proper way to have an oyster roast in North Carolina, Alabama, and Georgia.

Anyone familiar with historical recipes knows that the biggest hurdle in reading them is that you already need to know how to make the final product.  Many historical recipes have directions along the lines of “stir until it’s the right consistency” or “add white and wheat flours in the proper proportion”, as though Grandma was looking over your shoulder to tell you when things are right.  There’s a fair percentage of those type recipes, but even those are interesting when written with the comments of the cooks giving them.

Local customs come through in straightforward essays and colorful stories related to an interviewer. Many essays cover large community meals like barbecues and clambakes, while others concern smaller family gatherings.  I was familiar with the story about the man who invited all his neighbors to a barbecue. The people were impressed with his largesse and a few even commented that they were surprised he could afford such bounty. Later that week, his neighbors realized their livestock was missing and went to his house, only to find out he had packed up and left in the night.

One essay in the Southwest section detailed the process of the women taking the mid-afternoon meal out to the men working in the fields.  The picnic cloth was laid over the food to keep the dust off.  The men had cleared a flat area under the shade of a tree and started a small fire, both to signal the women of their exact location and to enable the women to start the coffee immediately upon arrival.  The essay discusses how to make the various breads and sweets that are commonly part of the mid-afternoon meal.  I remember taking lunch out to my grandfather and cousins during harvest.  And so it goes with many of the stories triggering memories.

One thing that came through very clearly is that these people were interviewed during the Great Depression.  Some of the recipes include meatless versions, or instructions on substituting cheaper meats. You may find that many of the recipes and customs are familiar to you.  My grandparents and great-aunts and -uncles lived through the Great Depression and I remember eating foods from the Midwest, South, and Southwest sections of the book when I visited their houses.  On the other hand, many of the Northeast foods and customs were unfamiliar to me.  I had never had chowder until I was in my twenties.  Now I have several choices for a traditional chowder.

This Depression Cake recipe is presented as a story of a young woman named Ethel who finds she has no eggs, butter, or milk and no prospects for acquiring them since this is the Great Depression. You’ll probably recognize this as a spice cake, although I can’t remember making a spice cake that fizzed before. Get the kids in the kitchen to listen to the fizz. My sous chef ran off to play once the fizzing was finished.

It’s a very moist cake.  You can see on the photo above where I squished the cake as I cut it and it looks underdone.  I promise it’s not.  You can also see where the top of the cake came off when I flipped it out of the ramekin.  Several hours later, it’s still very moist.  And flavorful, too.