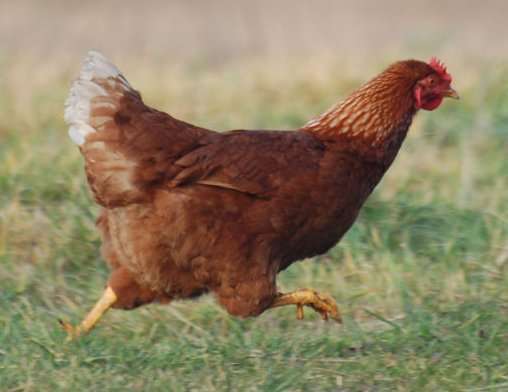 Local food writer and sustainable living proponent Marye Audet, has kept a flock of 19 chickens on her 2 1/4 acre rural homestead for the last five years in a rural area of town, unaware that she was breaking the law by doing so.

“This is not about us living in a subdivision of $400,000.00 homes and being the Beverly Hillbillies.”

In the current economic environment, a flock of backyard chickens may not be the difference between prosperity and poverty, especially in one small town in one state, but it certainly does affect a few households.  When comparisons are being made to the Great Depression it isn’t hard to assume that for many people, every dollar matters, especially when it comes to a families’ food budget.  It’s difficult to comprehend why the city is choosing now to enforce this ban.

This isn’t the biggest news story or a far reaching cataclysmic event worthy of note, but one small example of bad government at work.  Having an ordinance on the books and enforcing it can be two separate things, if used judiciously it could be utilized only in extreme cases.  For example the law could be cited for the person who has thirty loud roosters on the their apartment balcony and disrupts an entire neighborhood, while ignoring the rural chicken keeper whose chickens aren’t adding to noise pollution or being a public nuisance.

Marye is now faced with the decision of continuing abandoning her chickens and source of cheap, free range, organic eggs or openly violating the law and risking the consequences.  You can read about Marye here as she describes her situation in her own words.

Laws pertaining to livestock and pets are made by local municipalities and can vary widely.  Check a terrific website here to read about the local backyard chicken laws in many towns throughout the United States.  If you don’t see your city listed here, check your local ordinances or contact city hall for more information.

For more information on laws affecting urban farmers, read about one Urban Farmer Cited for Illegal Composting in Los Angeles, or read about a New California Law Protects Farms Against Genetic Engineering Threats on PlanetSave.