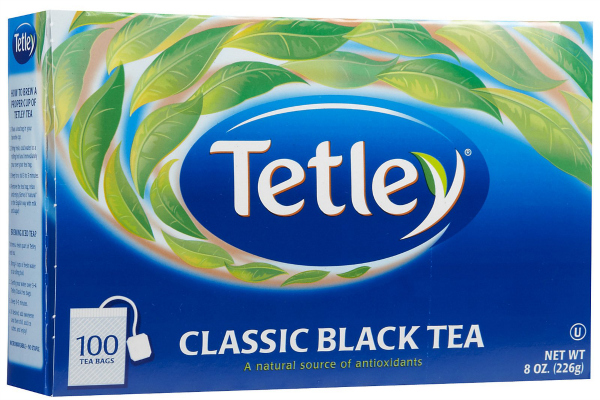 A California federal judge on Friday dismissed a class action lawsuit that accused Tetley USA Inc. of misleading consumers about the health benefits of its teas.

Its never a dull day when you write about misleading ‘natural’ and health claims made by food companies. For months its been lots of good news for consumers as food companies have been, willingly or not, retreating from mislabeling their food products as ‘natural’ or possessing unsubstantiated health claims.  But, a few days ago convenience store chain 7-Eleven Inc. averted a lawsuit (for now) and today it is Tetley Tea who has also had a class action suit dismissed (for now).

The Tetley class action lawsuit, initiated last May, claims that Tetley’s “makes unlawfully misleading ‘antioxidant, nutrient content, and health claims’ both on the labeling of their products and its website.” The lawsuit  alleges that Tetley is deliberately ‘misbranding’ its products ‘including but not limited’ to its Classic Blend Black Tea, British Blend Black Tea, Pure Green Tea,  Iced Tea Blend Tea, and Iced Tea Mix.

But the judge in this case found that the false advertising claims outlined in the lawsuit did not meet the federal standards for fraud, noting that the lawsuit failed to properly define the list of Tetley products in question. In specific,the judge took issue with the phrase ‘including but not limited’:

The judge dismissed the false advertising claims but gave attorneys 15 days to amend the complaint.

Even though the lawsuit was dismissed, there appears to be no doubt that Tetley has made misleading health claims about its products. Will an amended lawsuit make Tetley adjust its marketing strategy and packaging? Yet again, stay tuned.