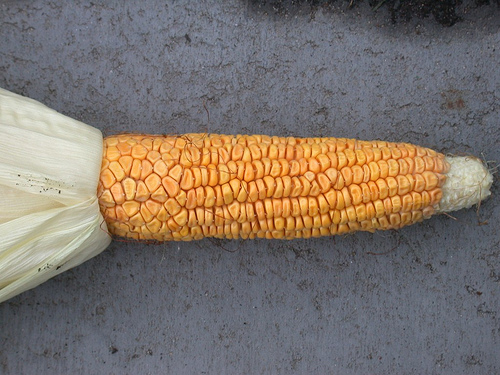 Last week, the Center for Food Safety (CFS) submitted a legal petition to the Food and Drug Administration (FDA) demanding that the agency require the labeling of genetically engineered foods. Now they need you to send a comment to the FDA. The goal is one million comments in support of the labeling of GM foods.

Currently, the FDA does not test genetically modified foods for safety. The internal tests done by the biotech companies are considered good enough. Internal FDA documents uncovered in prior CFS litigation indicated the genetically engineered foods could pose serious risks. The foods went to market anyway.

The Center for Food Safety has a sample comment for you to submit.

Food Democracy Now points out that the fifteen European Union nations, Russia, Japan, Australia, New Zealand, China, and other countries around the world require genetically engineered foods to be labeled. If you prefer, you can go to their site and submit your comment to the FDA and President Obama.

One surprising statistic from Food Democracy Now is that an estimated 80% of processed foods contain genetically engineered ingredients. With corn in nearly everything, and 93% of corn in the U.S. genetically modified, I expected more than 80%. Labeling would make my pledge to avoid GMOs during October that much easier.

On the presidential campaign trail in 2007, then Senator Barack Obama promised he would implement both GMO labeling and country of origin labeling of our food – because Americans deserve to know what we are buying, eating, and feeding to our children.

All we have to do is get a law into President Obama’s hands and he’ll sign it.

Image of corn by graibeard, used with Creative Commons license.