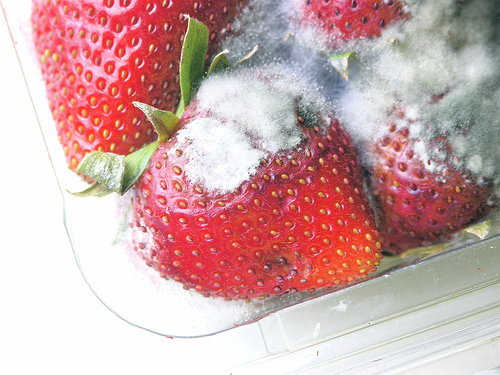 [social_buttons] Not only do low-income neighborhoods have less access to fresh produce, but the rare fruit or veggie found in these areas is also more likely to be tainted.

A new study in the American Journal of Preventive Medicine suggests that the levels of bacteria, yeast, and mold found on fresh produce vary according to the income level of the neighborhood in which the produce is sold.

The poorer the neighborhood, the higher the number of bacteria, yeast, and mold on ready-to-eat salads and strawberries. Similarly, cucumbers sold in poor neighborhoods had higher yeast and mold counts while watermelon contained more bacteria.

The researchers suggested that the smaller size of grocery stores in low-income neighborhoods might make stores less equipped to handle produce safely. Their results highlight some of the challenges associated with increasing fresh produce availability in small retail stores that service poorer neighborhoods.

Image courtesy misterbisson of via a Creative Commons license.