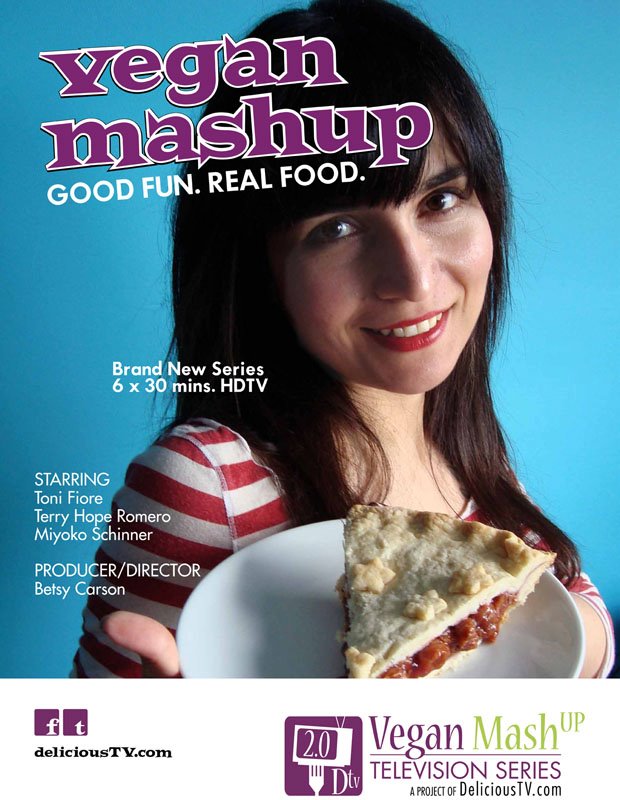 Delicious TV is now developing a six episode season of a half-hour cooking show called Vegan Mashup, especially for public television stations. Sorry for those overseas, Vegan Mashup is currently only in the works for the United States. On board for the cooking portion are Terry Hope Romero, Toni Fiore and Miyoko Schinner. They plan to share recipes near to their hearts ranging from appetizers to desserts.