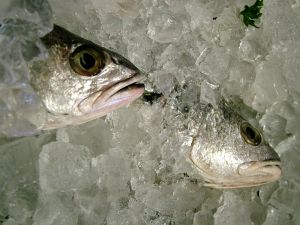 It all started with a study of Patagonian toothfish that were sold as “Chilean sea bass.” Only one fishery, around the island of South Georgia in the Southern Ocean, is certified as sustainably fished by the MSC. But, Peter Marko of Clemson University in South Carolina and colleagues bought 36 certified fish from shops across the US and checked their DNA. They found that not all the fish being sold as MSC-certified Chilean sea bass came from South Georgia. Three came from entirely different species and five carried genetic markers not found in the South Georgia population. “A significant proportion is coming from some other place,” says Marko.

To their credit, the MSC, which has had its share of (critics and skeptics) seems to be taking the finding seriously. “We are very concerned about the results,” says Amy Jackson, MSC’s deputy standards director. The group has launched an investigation. Whoever is responsible could have their certification withdrawn.  If MSC does yank certification then they will be going far to being an great eco-label.  If not, well, then maybe their critics are right?