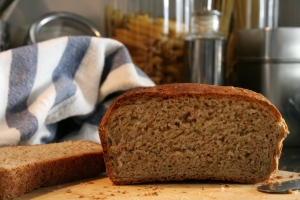 Next week, the California state legislature will vote on the California Homemade Food Act, AB 1616 (also known as the Cottage Food Bill), introduced by Assemblyman Mike Gatto. This bill allows for homemade production and sale of “non-hazardous foods” such as breads, granolas, and other foods that don’t easily spoil. These foods would be labeled as homemade, and would be produced and sold on a neighborhood or community-based scale. According to Rabins, there are similar laws in 31 states around the country that “allow food entrepreneurs a chance to grow.”

As Iso Rabins, the founder of forageSF and whose Underground Market was shut down by the health department, a San Francisco business that supports the local food economy through a business incubator marketplace, stated in an email yesterday, the deck is stacked against food entrepreneurs in this country and the barriers to entry are high:

The permits, fees, kitchen rent, insurance and other high costs that greets a beginning producer discourages many potential business owners, and in doing so, cripples a local food and job economy that is more important now than ever.

Rabins wrote a great open-letter to his state legislator and you can too.  Contact your state senator and your assembly person to let them know you support this bill. The Sustainable Economies Law Center has an easy to copy sample letter. The bill is being voted on next week, so please call or write today.