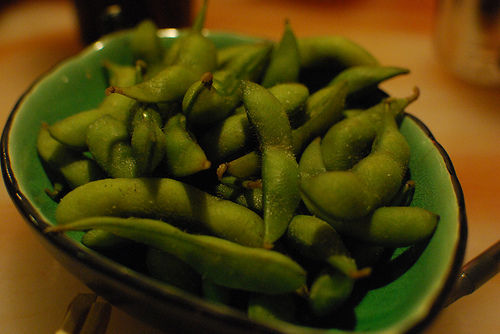 Soy products are loaded with isoflavones – a compound whose health benefits are widely disputed. Isoflavones have been hailed for helping alleviate menopause symptoms to reducing cancer risk, but are also changed with inhibiting thyroid function and changing the menstrual cycles of women.

This week, soy products got another tally in the ‘beneficial’ column.

A new study shows that a component in soybeans increases radiation’s ability to kill lung cancer cells, which was published in the April issue of the journal for the International Association for the Study of Lung Cancer.

In the study, it was demonstrated that the isoflavones help radiation kill cancer cells by blocking the DNA repair mechanisms in cancer cells, which are only activated in the cancer cells when they are exposed to the damaging radiation.