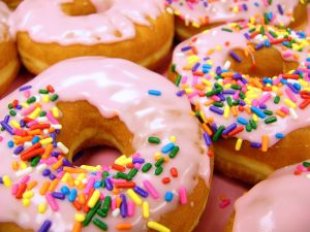 Potter’s resolution, will express Portlanders’ deepest gratitude to Voodoo Doughnut management for its dedication in the face of these stringent economic times in providing employment opportunities . . . and above all, creating and naming a doughnut after our beloved city that leaves a lasting taste and fond memories on its customers near and far away.”

Now, this is a great sentiment, at least on the surface. Voodoo Doughnuts is a Portland institution and rightfully deserves every single accolade that has been bestowed upon them.

If one goes beyond the surface, this magnanimous gestures seems to conjure up be a few dilemmas.

My problems are not with honoring a local business for providing a consistent product that people have wanted for years or providing a number of local employment opportunities. Those ideals are worthy of recognition.

No, my problems are two fold.

I’m sure some will say “chill out”, “lighten up” and “It’s just a doughnut”. I prefer to say that it’s time for a city that has a reputation for leading the farm-to-table movement and for having progress social ideals to live up to its promise.