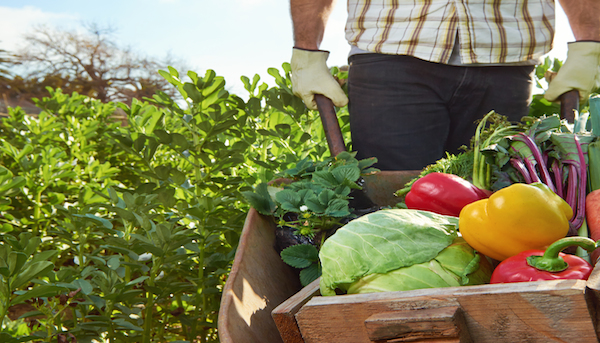 The National Organic Standards Board (NOSB) meeting, that took place this week in San Antonio, Texas, is sparking controversy over the future of organic food.

The NOSB is appointed by the Secretary of Agriculture (currently Tom Vilsack). It’s a Federal Advisory Committee that includes farmer and growers, environmentalists, consumer and public interest advocates, organic food retailers, scientists and USDA accredited organic certifying agents. Its main function is to advise the USDA on which substances should be allowed or prohibited in organic farming and processing, based on criteria under the Organic Foods Production Act.

But for years, appointees to the board have become a source of controversy. Big Ag members have taken seats designated for farmers and growers. Now, Food Democracy Now is calling the board’s most recent spring meeting “one of the biggest assaults on the integrity of organic foods […] that has ever been conceived.” According to Food Democracy Now, high-level political appointees are “working behind the scenes with giant industrial corporations that sell organic product lines to gut 20 years of precedent in the congressionally-mandated National Organic Standards Board.”

Accusing USDA representative Miles McEvoy of illegally taking over the meeting by appointing himself as meeting “co-chair,” Food Democracy Now says his efforts are being used to “erode the authority of, and control the decisions made by allegedly independent, NOSB members as spelled out in the Organic Foods Production Act (OFPA) of 1990.”

What’s at stake, says Food Democracy Now, is the ability of the NOSB to make independent decisions. Further, it could also see synthetic ingredients become “permanently” allowed in organic foods—a move that’s being supported by Big Food corporations with stakes in the organic industry. Will Fantle, Codirector of the Cornucopia Institute said of the controversial NOSB sunset rules, “We are likely going to court. This powergrab on Sunset and NOSB authority cannot and will not stand.”

Food Democracy Now is urging consumers to writer to President Obama and USDA Secretary Tom Vilsack to ask them to protect organic standards by keeping pesticides, synthetics and GMOs out of organic food. You can find the letter here.