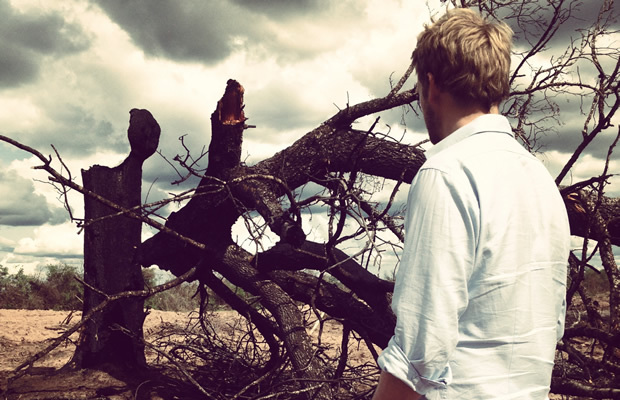 Jonty Whittleton, campaigner at Compassion in World Farming, recounts the time he spent with communities in Argentina, where the ‘Big Soy’ boom is ruining lands and lives – and it’s all in the pursuit of cheaper meat and bigger profits.

Argentina is the world’s biggest exporter of soymeal – the solid, protein-rich part of the bean that’s left after grinding. On paper, it’s the agricultural lifeblood of the country (the UK imports more soymeal than wine), but there’s a dark side to this green gold rush. The bean isn’t feeding Argentineans; 97% of soymeal is used to fatten up farm animals around the world, most of whom are reared in factory farms (also known as concentrated animal feeding operations – CAFOs). The animal-welfare problems associated with these intensive systems are well documented, but their impact goes far beyond this; these systems are also ruining people’s lands and lives.

In October 2013, I travelled to the Chaco and Pampas regions of Argentina, northwest of the country’s capital, Buenos Aires. Big Soy has come at a heavy cost for many Argentinians, with lands being grabbed, rampant deforestation and intense chemical spraying. Here’s what I found.

Soybeans: Not so Green

First, I met Alicia Barchuk, who works at the University of Cordoba. She told me that more than 100 million hectares of native forest have been lost to Big Soy in the last 50 years – only 10–12% of the original forest still stands.

A similar story came from my guide, Alberto Villarreal, who works at Friends of the Earth in Uruguay. He spoke of the ‘ecological graveyards’ that are brought about by Big Soy’s reliance on chemicals – they don’t just kill everything on the ground, but also everything in the ground (apart from the genetically modified soy beans, of course).

Living on the Front Line of Big Soy

Alberto also talked about Big Soy’s far-reaching social impact. He introduced me to Ramona Bustamante, who is in her late 80s. She told me that her home has been bulldozed twice by soy barons, who wanted to take her land. Ramona even showed me where her house once stood, now a heap of rubble.

I also met peasant farmer Christina Sanaviron, who spent three days in jail with her 11-month old baby, just for standing up to the land-grabbers. ‘The land is for everyone’, her family told me. ‘It belongs to the people, not the government.’

Protest flag at camp in Argentina

Sick to Your Stomach

There has been much speculation about the possible links between the chemicals sprayed on the crops (glyphosate, in particular) and sickness in humans. According to the Associated Press, in Argentina ‘agrochemical spraying has increased ninefold, from 9 million gallons in 1990 to 84 million gallons today’. And although the manufacturers insist that these chemicals are safe to use, a lack of awareness around their proper handling and ineffective enforcement of legislation have created a dangerous situation, with medical cases that are hard to ignore.

Both Norma Herrera and Marcela Ferreyra have deeply personal reasons to fight Big Soy: Norma’s daughter had leukemia and one of Marcela’s children was stillborn. They showed me a worrying map in a recent newspaper article – it suggested that the closer you get to the soy fields, the more sick people you find.

Driving past a small school, I stopped to talk to teacher Marta Ferreyra. The spraying planes apparently come dangerously close to the school, and pupils are regularly affected by breathing problems from the haze of chemicals in the air.

I spoke to Doctor Medardo Avila Vazquez – a well-known face in the Argentinean media. He’s studied the effect of the industry’s chemicals on humans and has found a significant increase in the number of babies born dead or with severe physiological problems in areas where the soy spraying is intense.

On my last day in Argentina, I visited a protest camp, full of people resisting companies, like Monsanto, who are responsible for the soy boom here. Later, I read reports of intimidation and violence against camp members – desperate attempts to prevent the public’s voice from being heard.

The soy story in Argentina is a truly toxic tale. Lands are being grabbed, lives are being ruined. And so much of this is happening to fill the bellies of farm animals around the world – mostly in factory farms.

For me, it’s yet more proof that factory farming isn’t just an animal welfare issue.

We can all help to tackle this crisis. You can cut down on the amount of meat you eat, and make it as high quality as possible. And if you eat soy products, you can look for options that are GM-free and organic.

You can also help spread the word. Witness the full Soy Story and help break the world’s addiction to cruel, destructive, intensive farming on our website.