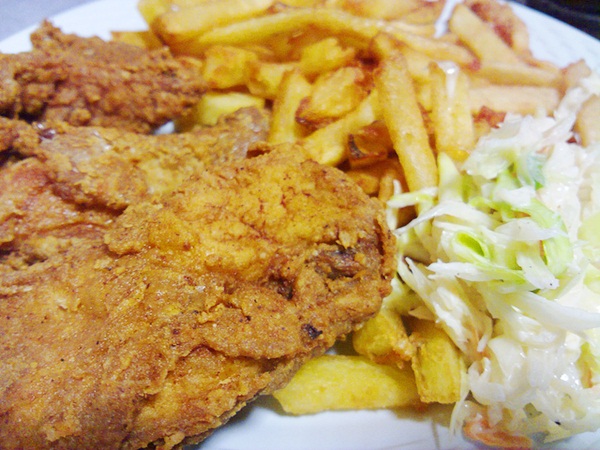 A newly published study finds the strongest connection to date between stroke incidence and diet. As we see over and over in food and agriculture studies, researchers scramble to avoid potentially controversial recommendations despite empirical findings.

According to NPR, researchers sorted subjects into food habit categories and documented interesting (yet unsurprising) results:

“They’re not mutually exclusive” — for example, hamburgers fall into both convenience and Southern diets, Judd said. Each person got a score for each diet, depending on how many meals leaned that way.

Had I been a member of the research team I would certainly challenge the inclusion of fish and poultry in the ‘plant-based’ category, since I’ve never found a single chicken or turkey or salmon growing on my garden’s shrubs or vines… but whatever. I can only assume researchers aren’t EatDrinkBetter readers, else their understanding of ‘plant based diets’ would be more complete.

Over more than five years of follow-up, nearly 500 strokes occurred. Researchers saw clear patterns with the Southern and plant-based diets; the other three didn’t seem to affect stroke risk.

The trends held up after researchers took into account other factors such as age, income, smoking, education, exercise and total calories consumed.

So: according to results of this study, eating a traditional southern-fried sugar-soaked processed-meat diet correlates with higher stroke risk; eating a plant-based diet, less. Based on this data set (let’s ask ourselves), what might be reasonable recommendations for reducing one’s risk of experiencing a stroke?

Study authors frame recommendations as a ‘graded risk,’ with each Southern-style meal per weak increasing stroke risk incrementally. Ok, I guess that’s fair. I think it’d be more reasonable to say, “Based on this research, to reduce your stroke risk maybe avoid a southern-fried sugar-soaked processed-meat diet, and eat more plants instead.” But ok: incremental risk is maybe a gentle way of trying to make that point.

That’s not what the research says at all; and trying to frame it this way paints a picture of the many ways we try to justify doing what we want to do — or, in the case of food and agriculture researchers, perhaps it speaks to professional reluctance to be labeled ‘radical’ for speaking truth.

Based on this study, the reasonable interpretation is this: what people are eating sometimes *is* the problem. Adding a bit of kale to a southern fried nightmare of a diet would undoubtedly be better than nothing; but it would not be better than leaving that diet behind and eating other things (hint: plant-based seems to mean lower stroke risk). Don’t be scared, guys — say what the data shows!

… there is a take-home message for parents. [Study author Hywel Williams] says you don’t have to stop eating fast food entirely, “but to eat a balanced diet with plenty of fresh fruit and maybe less fast food – one or two times per week rather than three or more – if your child has allergies.”

Really? That’s the best you’ve got — fast food may harm your kids, so just feed it to ’em sometimes? IF they already have the health problems that fast food may cause or exacerbate? REALLY?!

As reported by One Green Planet,

Despite pointing out the inherent wastefulness of animal based foods, the IME report does not make any recommendations to either minimise or eliminate animal products as a partial solution to wasting finite resources.

Thanks a lot, guys! That’s really, ah, wait: no, that’s not helpful at all.

Look, I realize truth can make folks uncomfortable, especially when it conflicts with long-held or culturally prevalent habits and beliefs. HOWEVER — if you’re gonna wuss out on telling the truth once you find it — maybe science was a poor career choice!

According to this most recent in a series of studies indicting traditional meat-and-fat-and-sugar-based dietary habits, if you want to reduce your stroke risk maybe consider eating less chicken-fried-whatever-with-gravy and more kale-with-sweet-potatoes-and-chickpeas.

And researchers: if you’re gonna do the study, don’t be scared to tell the truth you find.