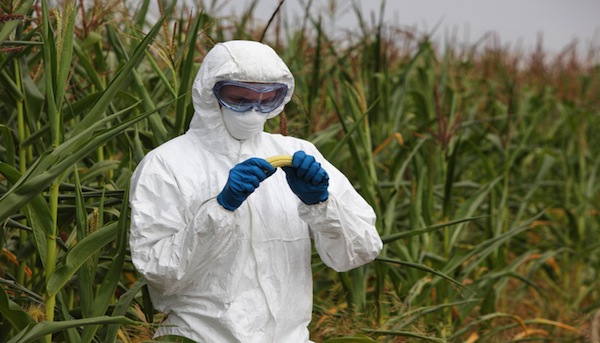 South Africa’s Advertising Standards Authority has ordered biotech giant Monsanto to immediately withdraw an advertisement it’s been running on the country’s Radio 702 channel. The decision comes after the African Centre for Biosafety submitted a complaint to the ASA after the ad was aired and found to be inappropriate.

In the radio spot, Monsanto claims that its biotech crops “enable us to produce more food sustainably whilst using fewer resources; provide a healthier environment by saving on pesticides; decrease greenhouse gas emissions and increase crop yields substantially.” But according to the ASA, those claims are “unsubstantiated.”

The ASA gave Monsanto an opportunity to respond the complaint filed by the ACB, but the ASA reports that Monsanto could not do so. AllAfrica reports the multibillion dollar chemical and seed company only provided “links to documents on its website,” but was unable to provide required items in accord with South African law. Those include: comments from independent and credible experts “confirming the various studies that Monsanto relied upon showing the ostensible benefits of GM crops.”

“We are elated with this decision. Monsanto has already been warned by the ASA as far back as 2007, that it needs to substantiate its claims from an independent and credible expert in the matter of GM Food/M Wells/ 8739 (18 June 2007) regarding its claims of the so called benefits of GM crops. However, it appears Monsanto does not have much regard for South African law as it is hell bent on disseminating false information to the South African public, “ said Mariam Mayet, Executive Director of the ACB.

The ASA has warned Monsanto that “it should ensure that it holds proper substantiation for its advertising claims” or risk attracting further sanctions, reports AllAfrica.

Monsanto’s crops, which are predominantly genetically modified seeds including soy, corn, canola, cotton and sugar beets, are reliant on heavy applications of herbicides and pesticides, some of which have recently become less effective at deterring pests and weeds that have shown abilities to become resistant.