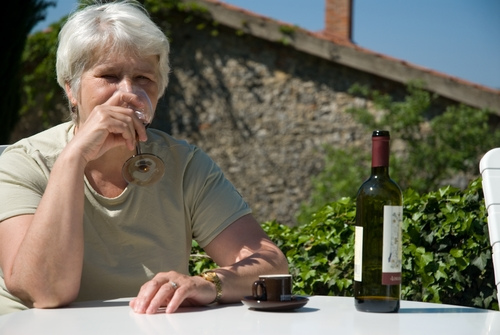 Slow Food USA is hosting its first-ever Slow Food Nation convention this weekend in San Francisco, and boy, do I wish I could be there.  Not only is San Francisco one of my favorite cities in the world, but the convention which bills itself as “the largest celebration of food in America”–and judging from the lineup of events, it’s got to be close.  The event, which kicks off Friday, expects to draw 50,000 people sampling food and wine, listening to speakers, taking part in workshops, watching films, taking hikes, seeing cooking demonstrations, and even rocking out to bands.  Even better, Slow Food Nation is drawing together citizens, chefs, farmers, activists, and artists in a community of people who support good food and food justice.

Of course, EatDrinkBetter is a supporter of Slow Food ideals.  Slow Food is an international organization dedicated to the idea of people enjoying good food that’s good for communities and the environment.  They believe that everyone has a right to this food, and that the people who produce this food should be treated with dignity and honor–basically, the opposite of fast food.  Founded in 1989 by Carlo Petrini in Italy, the movement has spread to 131 countries and now has about 83,000 members around the globe. They support sustainable agriculture, eating locally, cooking from whole foods, and food justice, and are activists for those causes.  Slow Foods also seeks to preserve the communities and traditions behind food and food’s role as an important cultural component.

After you’ve stuffed yourself with food from all over the country, you can sit back and hear speakers like Michael Pollan, Winona LaDude, Marion Nestle, Vendana Shiva (I’m reading Earth Democracy now!), Eric Schlosser, Wendelll Berry, and, of course, Alice Waters.  There’s a Climate Change and Food panel, featuring, among others, Anna Lappe and Wes Jackson of Kansas’ Land Institute, an amazing speaker I’ve heard several times.  Chefs such as Charlie Trotter, Rick Bayless,  and Deborah Madison are doing demonstrations.

Tickets are still available for some events, and many events need no ticket at all–they’re available to the public free of charge.  Check out the full lineup of events, but I’m warning you, you’re really going to want to go.  Now, I wonder how a blogger will finagle press credentials for next year…

Leave a Reply to SFN was a total Ripoff Cancel reply