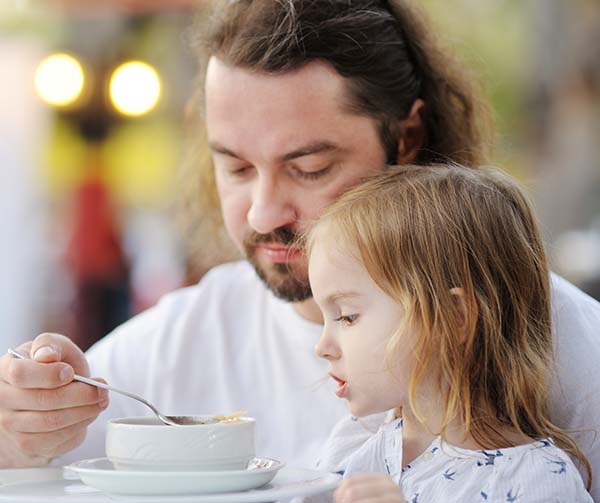 A study from the University of East Finland found that skipping meals can lead to obesity in children as young as ages six to eight.

The study looked at 512 Finnish children ages six to eight and found that skipping meals and eating too much protein were lined to the highest amounts of body fat in both boys and girls. It also confirmed something that most of us probably already know: our kids are not eating the healthiest diet.

We know that kids who eat the same healthy foods that their parents eat are healthier, and this study underscored the importance of three meals a day. Kids frequently skipping meals tended to make up those calories – and then some – with unhealthy snacks.

Read the official press release from the study authors below.

Children who skip main meals are more likely to have excess body fat and an increased cardiometabolic risk already at the age of 6 to 8 years, according to a Finnish study. A higher consumption of sugary drinks, red meat and low-fat margarine and a lower consumption of vegetable oil are also related to a higher cardiometabolic risk. “The more of these factors are present, the higher the risk,” says Ms Aino-Maija Eloranta, MHSc, who presented the results in her doctoral thesis at the University of Eastern Finland.

The dietary habits, eating behaviour and dietary determinants of excess body adiposity and cardiometabolic risk were investigated in a population sample of 512 Finnish girls and boys 6 to 8 years of age participating in the Physical Activity and Nutrition in Children (PANIC) Study. Cardiometabolic risk was assessed by a continuous metabolic risk score computed using Z-scores of waist circumference, fasting serum insulin, fasting plasma glucose, triglycerides and high-density lipoprotein cholesterol and the mean of systolic and diastolic blood pressure.

“Based on the findings, sticking to regular meals seems to be crucial for preventing overweight and cardiometabolic diseases already in childhood,” Ms Eloranta says. In addition, parents need to provide their children with better dietary choices: regular-fat vegetable-oil margarines and vegetable oils instead of low-fat margarines, fat-free milk and water instead of sugary drinks, and more fish instead of red meat at meals.