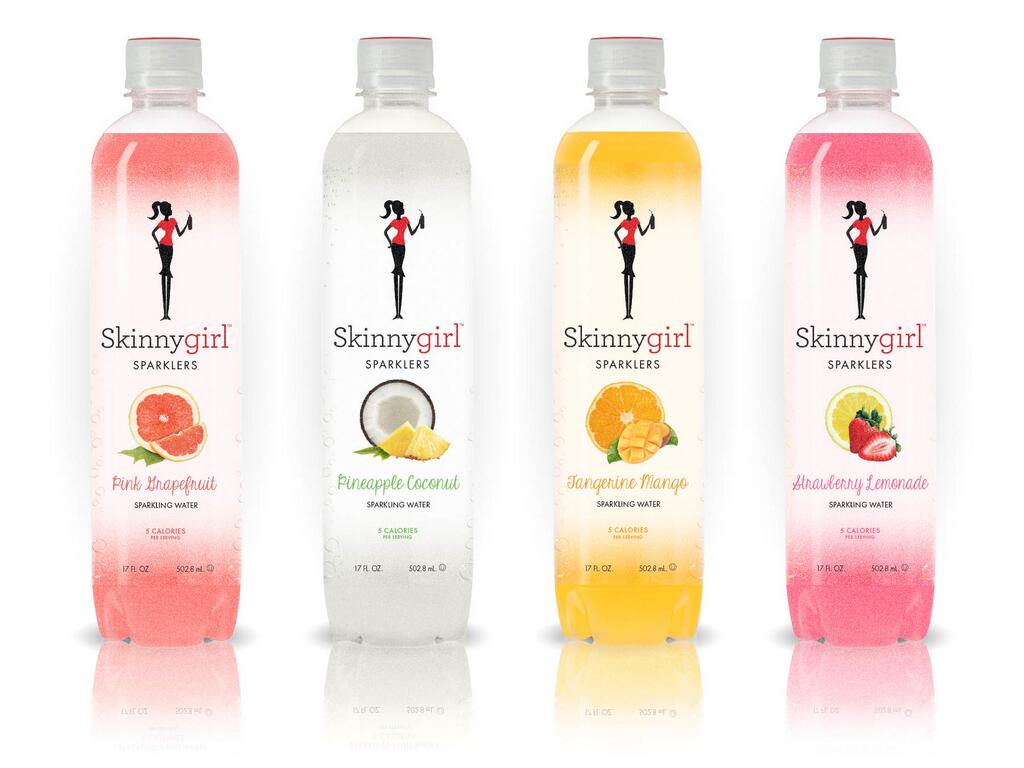 According to the official press release, Bethenny Frankel announced her new partnership with powerhouse AriZona Beverages, to create a line of non-alcoholic beverages, Skinnygirl Sparklers. The beverages are being marketed as a line of sparkling waters containing very healthy sounding ingredients: “real fruit juice, six essential vitamins, super fruit extracts and Green Tea Polyphenols. Skinnygirl Sparklers contain no artificial flavors or colors and are only 5 calories per serving.” How about the artificial sweeteners?  How about the preservatives?.

I must say, however, that the positioning of Skinnygirl Sparklers as “natural” is far more nuanced than Bethenny’s other beverages. This time the word “natural” does not seem to appear anywhere on the bottle.

That said, the real information about the ingredients in Skinnygirl Sparklers is contained fairly deep in the AriZona website.  On a FAQ page it reveals that Skinnygirl Sparklers are “sweetened with all natural fruit juices, honey, cane sugar and Sucralose.” Sucralose has been linked to causing diabetes, gastrointestinal upset, migraine headaches and environmental damage.

And, possibly because Skinnygirl cocktails were removed from Whole Foods for containing preservatives, the FAQ page wisely acknowledges that Skinnygirl Sparklers contain Potassium Sorbate (also called E202) and Sodium Benzoate (also called E211). Potassium Sorbate, while generally believed to be fairly innocuous, has been found to be “genotoxic and mutagenic” to human white blood cells. Basically, it means that it “can cause permanent transmissible changes in the structure of the genetic material” of white blood cells and has the ability to “interact with DNA and/or the cellular apparatus that regulates the fidelity of the genome” (the complete set of genetic information).

However, Sodium Benzoate is clearly not as innocuous. Sodium Benzoate is a preservative that is a common ingredient in soft drinks and has long been considered dangerous (it is also found in alcohol-based mouthwash, silver polish and and those fireworks that whistle). Not surprisingly, E211 has been known to to have a number of serious health impacts including causing: