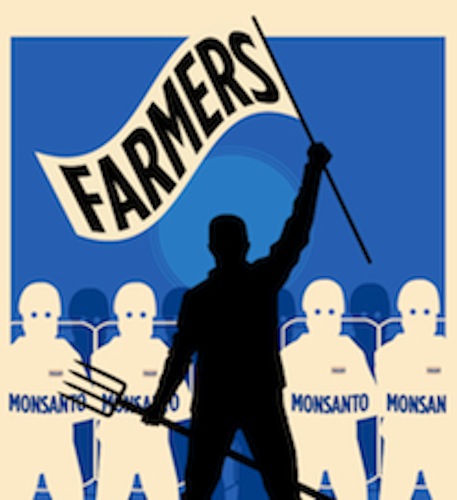 Recently I posted a piece about the lawsuit brought against Monsanto by a coalition of organic farmers, seed growers, and others.  Farmers have not had much success in seeking protection against Monsanto, but this time, the arguments of the growers are scheduled to be heard in federal district court January 31. Monsanto tried to get the lawsuit dismissed, but the judge ruled to hear from the farmers to assess if the case should move forward. This is a big deal.

The suit is the Organic Seed Growers and Trade Association (OSGATA) et al v. Monsanto. As I wrote in my previous post: Monsanto has an aggressive policy to prosecute farmers for so called “patent infringement” when Monsanto’s patented genetically modified (GM) crops have contaminated neighboring farms that were not growing such crops, had no intention of growing them, and worse, in the case of organic farmers, suffered contamination with GM crops that ruined their organic certification.

You Can Show Your Support Now

No matter where you stand on the issue of GM crops, I hope you agree that corporations should not be allowed to sue growers that through no fault of their own, end up with contamination from engineered plants. If GMOs cannot be contained, it should not be possible to sue because they have spread.

Does this make sense to you?