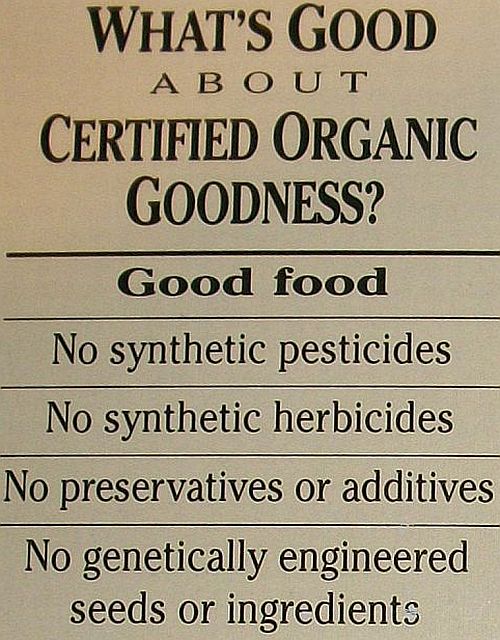 [social_buttons]Should GM (genetically modified) foods be labeled as GM foods? I would say that obviously they should — we label everything from nutritional content to ingredients to place of origin — but there are many who think otherwise. Currently in the United States, food containing genetically-modified organisms does not have to indicate that it contains GMOs. It’s not required, but it is allowed.

May 3-7, the Codex Committee on Food Labeling will meet in Quebec City, Canada to discuss food labeling requirements. The FDA and the USDA have decided to oppose a Codex document stating that each country may make its own labeling requirements in regards to GM foods. They consider that labeling foods as GMO-free would indicate that they were somehow different from GM foods.

But aren’t genetically modified foods different from the old-fashioned type of food? Isn’t that what we’re constantly being told by proponents of GMOs? GM crops use less pesticides and/or herbicides. Some GM crops are more drought tolerant, thus requiring less irrigation. Surely these lower inputs make the food cheaper.

If a bag of GM wheat flour (labeled) were on the shelf at my grocery store next to a bag of GMO-free flour, I could compare the prices and see for myself how much biotechnology can save the average consumer. The problem with labeling is that it would quickly disprove these claims.

Governmental resistance to labeling GM foods has been consistent in the United States, but there have been no restrictions on labeling foods GM-free (except that the foods must be GM-free). If the FDA and USDA have their way at the meeting in Quebec City, this may change.

Consumers Union has a press release and a copy of the letter they sent to the FDA.

Credo has a petition that they will send to the U.S. delegation to the Codex meeting.