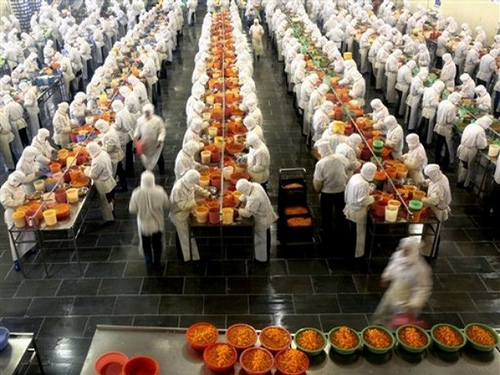 In a surprise move Sunday evening, the Senate approved the Food Safety Modernization Act by unanimous consent. Now it goes back to the House – yep, one more time – then on to President Obama.

The Food Safety Modernization Act has traveled back and forth between the Senate and the House while advocates for the bill, both inside and outside of Congress, kept the focus on it.

In order to hurry it through the process of voting, the House attached the Food Safety Modernization Act as Division D in the Military Construction and Veterans Affairs Appropriations Act (H.R. 3082). The Veterans Affairs bill is a huge spending bill that usually passes easily. It provides funds for facilities to train and house military personnel, health services for veterans, and other things for our soldiers.

This year, wrangling over spending led the Senate to nix the Veterans Affairs bill, with a promise to pass a better version when they return next year.

It looked like the Food Safety bill was dead in the water, but on Sunday, the Senate passed the bill unanimously. Now it has to go back to the House one more time to be voted on. If it passes the House, then it goes straight to President Obama, who has indicated he will sign the bill.

The Food Safety Modernization Act will give the FDA the authority to order a recall – something that is currently left up to the individual corporations.  It will also increase the frequency and number of inspections by FDA inspectors (2000 more will be hired to do the job).  Small farms, farmers markets, roadside stands, and backyard gardens will not be regulated by this bill.

Since the Food Safety Modernization Act squeaked through the House last time (with a vote of 212-206), it’s a good idea to let your representative know where you stand on this bill.

Image by (everyone), used with Creative Commons license.