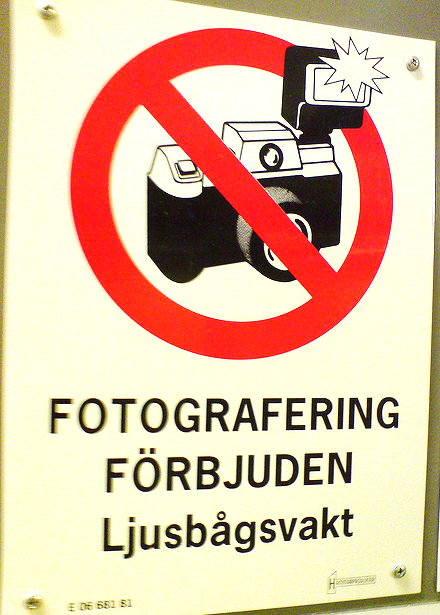 Confronted by public outrage over all-too-common cruelty to farmed animals, as exposed by hidden cameras and undercover investigations, factory farming interests predictably seek the moral low ground. Rather than addressing the cruelty itself, they would prefer to simply end consumer awareness of it.

Despite humiliating defeats everywhere such legislation was attempted last year, ag-gag bills have recently resurfaced to advance this ignoble goal. One such bill in Iowa just passed the Senate, and is only awaiting the governor’s signature; another in Utah has passed the House, and could become law if approved by the Senate.

So-called ‘ag-gag’ bills would criminalize those who document and report worker abuse, unsanitary food production practices, or animal cruelty on industrial farms — in effect demonizing whistle-blowers, and providing a cloak of silence behind which any amount of any or all of these unsavory things could occur undocumented, unreported, and unpenalized. This type of legislation is being considered in several states, thanks to the industrial farming lobby’s deep pockets and guilty conscience, though all similar efforts last year were soundly defeated by clearer heads.

But a recent Iowa bill called HF 589 just passed the Senate and is expected to be the first ag-gag legislation signed into law, under heavy protest by informed consumers and animal welfare advocates. HF 589 doesn’t ban cameras, but makes it criminal to apply for work at an industrial animal farm without disclosing affiliation with groups working against animal cruelty. Dan Flynn of Food Safety News offers a good summary of why that’s a problem:

The new law, if it passes constitutional muster, could turn the tables on animal rights groups doing these undercover investigations. It gives Iowa’s county sheriffs a long list of possible violations to charge once it is disclosed that any filming or recording was done without the permission of the animal facility owner.

Following Iowa’s ugly precedent, a Utah bill called HB 187 just passed the House — if the Senate approves, it will criminalize the documentation or reporting of farm animal abuse. Documentation of such incidents is called ‘terrorism’ by factory farming interests.

As is typical of such bills, HB 187 language is broad enough to raise serious questions as to First Amendment protections, specifically free speech and freedom of the press. At least 27 national groups have joined a coalition opposing ag-gag legislation. According to a statement released by the coalition,

Not only would these bills perpetuate animal abuse on industrial farms, they would also threaten workers’ rights, consumer health and safety, and the freedom of journalists, employees, and the public at large to share information about something as fundamental as our food supply.

Since most industrial animal feeding operations are remarkably disinclined to investigate or report animal cruelty perpetrated by themselves, covert documentation is typically the only way these abuses come to light. For some nauseating video of what these bills hope to hide, go here and scroll down. It’s easy to see why they’d prefer to ban the cameras!

ALDF has made a short video clip to increase awareness of the issue, since these bills absolutely depend on (as well as guarantee) consumer ignorance.

If I see my neighbor beat his wife unconscious, and I call the police… well, clearly my phone call is not the source of the problem! Pretending the report of the crime is the crime just won’t work, logically or ethically or (even worse, to the folks pushing these bills) in the court of public opinion.

Most people want farm animals to be treated decently. Those supporting this type of legislation want the public perception of humane animal treatment, but without any of the transparency or accountability that would encourage reality to actually deserve that perception.

If you live in Iowa, tell Governor Terry Branstad what you think about HF 589 and other bills protecting problem behavior, while criminalizing the investigation of shady food production and animal treatment practices.  In Utah, contact your Senator and encourage them to prosecute the abuser, not the reporter. Follow Citizens Against Ag-Gag Legislation on Facebook for updates on action opportunities. ALDF has put together a petition and some resources for opposing the ag-gag insanity. Whatever state you’re in, contact your legislative representatives and tell them that you’re watching this issue and won’t vote for anyone who supports such nonsense.

Because despite the manure that ag-gag proponents are shoveling, public awareness of the problem is not the problem.

Fix the the latter, because the former is unfixable: we already know. Now, knock it off! Until then, animal-ag industry, you’re wasting your time with this foolishness. This legislation won’t stand, and factory farming is on its way out. Acknowledge; adapt; move on.