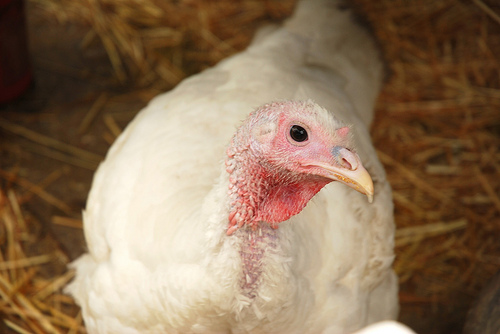 A Brief History of the Cargill Ground Turkey Recall

Starting in March of this year and continuing through the summer, dozens of people became sick from a strain of salmonella called Salmonella Heidelberg, which is resistant to several types of antibiotics. The USDA traced the source of the salmonella outbreak back to a single producer, but due to legal constraints, could not name the producer.

Shortly after, Cargill announced a recall of 36 million pounds of ground turkey processed at their Springdale, Arkansas plant between February 20 and August 2. They shut down the Springdale facility for two weeks while a thorough cleaning was performed and improved safety procedures were put into place.

After testing revealed more Salmonella Heidelberg in the ground turkey coming from the newly-reopened Springdale plant, Cargill shut it down for a second time.

The recall covers fresh ground turkey sold under the Kroger, Fresh HEB, and Honeysuckle White labels with an establishment number of P-963 on them. The turkey was produced on Aug 23, 24, 30, and 31. Use or freeze by dates range from Sep 10 through Sep 21.

No new illnesses have been reported from this batch of ground turkey. That, to me, sets this Cargill recall apart from most other food recalls by large food companies. They responded quickly to a risk of illness and didn’t wait for people to fall ill.