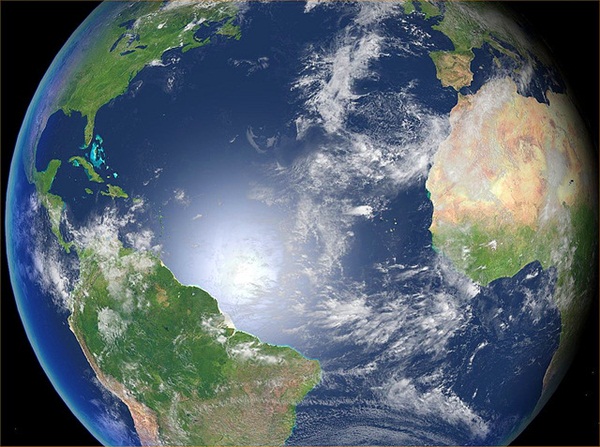 Environmental activist Mark Lynas recently embraced biotechnology, as the agricultural savior of humanity. His public conversion has drawn heavy attention in mainstream media, prompting gleeful cackles from biotech profiteers. As with any science-based debate, critical thinking and skeptical inquiry offers the best path forward: are there good reasons to follow the pilgrimage of the devout, renounce organics for GMOs, and spread Monsanto’s gospel? (Spoiler alert: nope.)

A recent New Yorker article describes Lynas as an ex-militant anti-GMO activist, who “clung to what can only be described as a religious conviction that [genetically modified] foods were unnatural.”

Lynas publicly renounced non-GMO advocacy, with many many many apologies for not seeing the light sooner. Text and video detailing his come-to-GMO experience can be found here; the New Yorker summed it up as follows:

“I want to start with some apologies,” he said. “For the record, here and  upfront, I apologize for having spent several years ripping up g.m. crops. I am  also sorry that I helped to start the anti-g.m. movement back in the  mid-nineties…

He added that the opposition to g.m. was explicitly an anti-science movement. “What really threw me were some of the comments underneath my final anti-g.m. Guardian article. In particular one critic said to me: so you’re  opposed to g.m. on the basis that it is marketed by big corporations. Are you  also opposed to the wheel because it is marketed by the big auto companies? So I  did some reading. And I discovered that one by one my cherished beliefs about  g.m. turned out to be little more than green urban myths.”

He addresses those myths in the speech:

• I’d assumed that it would increase the use of chemicals. It turned out that  pest-resistant cotton and maize needed less insecticide.

• I’d assumed that g.m. benefited only the big companies. It turned out that  billions of dollars of benefits were accruing to farmers needing fewer  inputs.

So let’s put that all in a Petri dish and see what cultures, shall we?

Definitions: A Good Place to Start

Pro-GMO folk love presenting themselves as science based, and everyone else as anti-science. So before we unpack all the heavy stuff, let’s do a science-class flashback: what exactly constitutes a scientific worldview?

NOT SCIENCE: “I believe it to be so, and anyone who says differently is wrong.” Often found on both sides of the GMO debate (and offered here on both sides of the debate, consecutively, by the same fellow) this approach is intrinsically flawed. Skeptical inquiry relies on data, on evidence — not conviction or belief. A skeptical scientific worldview embraces the following ideas:

Back to Mr. Lynas, his reasons for initially adopting a non-GMO position do indeed seem to be ungrounded in scientific thinking: there’s an awful lot of assumption in what he ‘believed’ before his biotech conversion.

I encourage everyone to resist relying on assumption, when it comes to something as vital and irreplaceable as the global food supply. Instead, seek out evidence:

Regarding the accrual of financial benefit by corporate shareholders vs. growers, farmworkers, and consumers, GMO-driven agriculture has demonstrably harmed poor farming communities in India and Mexico, by creating financial dependence and limiting food crop biodiversity (respectively). Within our own industrialized first-world food system, heavily reliant on biotechnology for our most commonly grown crops (corn and soybeans), Monsanto profits grew an estimated 25% during 2012; net farm income only grew 3.4%.

Lynas also talks about assuming that ‘Terminator Technology was robbing farmers of the right to  save seed.’ Well, you know, that was just not scientific thinking, and a Google search could have helped him see the problem more clearly — it’s patent law doing that, not terminator technology. But logic dictates that it’s still a problem, especially in poor areas heavily reliant on subsistence farming.

Now, I’ve never met Mark Lynas; I don’t know how he thinks about anything, except as reflected in his recent remarks about GMO agriculture. But I have to agree with his self-assessment: that was some sloppy and unscientific thinking, if he relied on those assumptions to form his initial position on biotechnology-driven agriculture.

The problem, however, is that he’s still doing it! His new zeal for GMOs utilizes exactly the same kind of sloppy, unscientific thinking as before — it’s undergone a 180 degree directional reversal, but the basic flaws persist.

This individual case study highlights one of the central problems with the public debate about GMO agriculture: lack of critical thinking and skeptical inquiry, when industry advocates attempt to seize the scientific high ground.

There were and are science-based (vs. assumption-based) reasons to approach GMO agriculture skeptically, for those of us who value environmental sustainability and human health. The social justice issues inherent in privatizing access to food crops also deserve serious consideration, using sound logic and ethical reasoning informed by observable events.

Since Mr. Lynas’ public Damascus moment has catapulted the GMO issue into the mainstream limelight, let’s go there: from the perspective of critical thinking and skeptical inquiry, do biotechnology proponents make a convincing case?

Can GMOs really save the world?

Next Page>>> The Case Against GMO Agriculture:  Bias, Evidence, and Sustainability