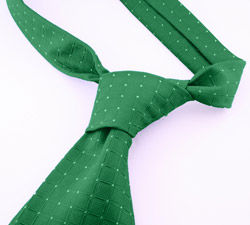 Headlines from today’s White House press conference included a quote from President Bush encouraging Americans to eat local. It caught me a bit off guard.

Putting the comment back into context, however, there are a few problems with the logic of this suggestion, and not just that he, Bush, was the creator of the “eat local” concept.

The statement was made in response to a question on the relationship between ethanol and food price increases: (quote from press conference after the jump).

“Actually, I have a little different take: I thought it was 85 percent of the world’s food prices are caused by weather, increased demand and energy prices — just the cost of growing product — and that 15 percent has been caused by ethanol, the arrival of ethanol.

By the way, the high price of gasoline is going to spur more investment in ethanol as an alternative to gasoline. And the truth of the matter is it’s in our national interests that our farmers grow energy, as opposed to us purchasing energy from parts of the world that are unstable or may not like us.

In terms of the international situation, we are deeply concerned about food prices here at home and we’re deeply concerned about people who don’t have food abroad. In other words, scarcity is of concern to us. Last year we were very generous in our food donations, and this year we’ll be generous as well. As a matter of fact, we just released about $200 million out of the Emerson Trust as part of a ongoing effort to address scarcity.

One thing I think that would be — I know would be very creative policy is if we — is if we would buy food from local farmers as a way to help deal with scarcity, but also as a way to put in place an infrastructure so that nations can be self-sustaining and self-supporting. It’s a proposal I put forth that Congress hasn’t responded to yet, and I sincerely hope they do.”

Let’s look at the logic here. If more and more farmland gets diverted to commodity crops for ethanol production, how are we going to provide food for the world AND have land left for local farms? If just fifteen percent of the food price issues were caused by using farmland for ethanol, how is using more farmland for ethanol going to be part of the solution? Not to mention the massive input of fossil-fuel based fertilizers that are used to grow that commodity crop conventionally. Or, the fact that current demand for local food may become greater than what can be supplied with only four percent of our nation’s farms growing fruits and vegetables.

On the chance that this “new” buying local concept of our president’s may sour you on the idea of buying local, please don’t quit. Buying local is your movement. Your choice. Your actions. And they make a huge difference for positive changes in this country.