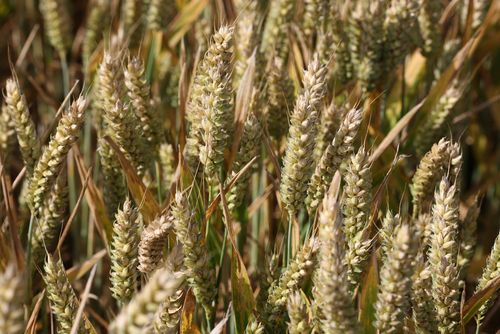 Two genes from Triticum monococcum were found to remove salt from the stem, preventing it from going into the leaves and stunting growth. Using marker-assisted technology, the two genes were introduced into modern varieties of wheat through conventional breeding techniques.

CSIRO is not the only big name biotechnology outfit to put more time and money into developing non-GM foods.  GMO giant Bayer is working on non-GM wheat that is drought-resistant.  With many countries regulating or banning genetically modified foods, there is a significant market for these non-GM salt and drought resistant crops.

Triticum monococcum is more commonly known as einkorn wheat and was one of the first varieties of wheat to be domesticated about 9000 years ago. It is grown today in only a few areas and is used mostly for animal feed. There has been some interest in einkorn in recent years since it was found to have a smaller effect on people with gluten intolerances. Just one more reason why it’s good to keep genetic variety in our food supply.