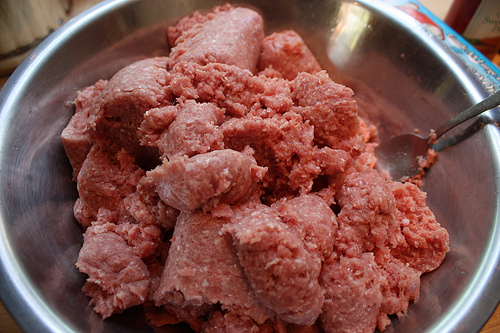 One death and a total of 77 illnesses have been attributed to a drug-resistant variety of salmonella. The CDC has determined that the salmonella type is in ground turkey, but they’re not telling which producer has distributed the meat.

The first illnesses began on March 9 of this year and the strain has been making people ill every week since then. A peak of twelve infected people occurred in the first week of June. As of August 1, 77 people were infected and one person had died. At least 22 have been hospitalized.

Salmonella is a bacteria that causes diarrhea, fever, and abdominal cramps within about three days of infection. Most people recover without visiting a doctor. Salmonella is a common infection in modern poultry operations because of crowded conditions.

There are many different strains of salmonella. The Salmonella Heidelberg strain that is infecting people in this outbreak is resistant to many commonly used antibiotics.

Why Hasn’t There Been a Recall?

As part of routine testing, the National Antimicrobial Resistance Monitoring System (NARMS), an arm of the USDA, found four ground turkey samples containing the same Salmonella Heidelberg strain associated with this outbreak. Three of those samples came from one producer.

The USDA is in charge of poultry recalls (among other things). Under current rules, the USDA cannot force a recall unless they are 100% certain the illnesses are linked to a specific producer.

What we have now is a producer who is selling ground turkey with drug-resistant salmonella and people who are being hospitalized are eating that same strain of salmonella. What we don’t have is proof that the people in the hospital ate ground turkey from that particular producer.

The USDA will not name the producer until they have that proof. Standard procedure is to notify the producer of the contamination and let them choose what to do next.

If you must eat ground turkey, cook it until it’s well done. Use a thermometer to check for an internal temperature of 165 degrees Fahrenheit.

What we really need is a USDA Food Safety Modernization Act similar to the one passed for the FDA not long ago. Contact your representative and senators and ask them to give the USDA some teeth when it comes to food safety. Right now, they have so little strength that they’re more of a taxpayer-funded marketing group.