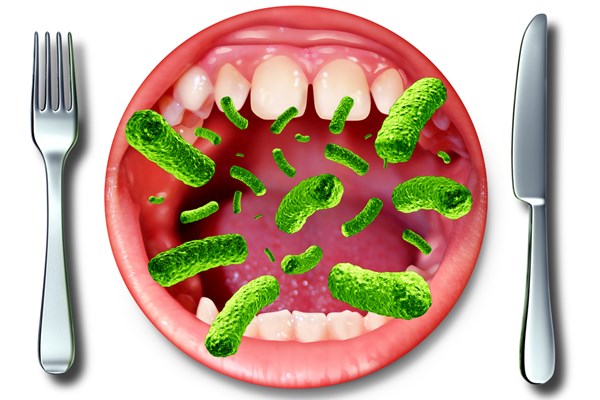 A salmonella outbreak linked to California’s Foster Farms chicken products has sickened at least 278 people in 18 states — some of the strains involved resist antibiotic treatment. Formerly furloughed government ‘regulators’ scramble frantically to catch up with the foodborne debacle. Disease purveyors urge you to cook the poop in your chicken so it can’t make you sick. The ongoing salmonella outbreak begs the question: is this really the best we can do?

When the House majority members chose to hang an ‘Out to Lunch’ sign on governmental organizations that deal with food safety, they ensured that food contamination threats could do the most possible damage. With the Centers for Disease Control operating at about one-third of normal staff since the shutdown, and the USDA’s (already meager) regulators thinned down too, the odd shifted in favor of predictable disaster.

In a statement Monday, the USDA issued a ‘public health alert’ — not a recall, of course, since what with the furloughs and all they didn’t have the data necessary to know exactly which products were contaminated — about raw chicken products from three Foster Farms facilities in California. The strain known as Salmonella Heidelberg (sounds like ‘Heisenberg‘… coincidence?) resists treatment with antibiotics, and results in roughly twice as many hospitalizations as typical salmonella-related illness.

So far the outbreak has sickened at least 278 people in 18 states; the CDC says 7 strains have been identified, some of which resist treatment with antibiotics. This antibiotic resistant trait means that about 42% of victims require hospital treatment, compared to the typical 20% hospitalization rate for similar nonresistant salmonella strains. About 13% of affected patients will develop systemic life-threatening salmonella septicemia.

The CDC brought back 10 furloughed workers to deal with the salmonella crisis, while the USDA told the offending salmonella vendors that they were VERY disappointed in the poultry plant’s behavior, and expected a serious bout of self-reflection to ensue forthwith.

Ok, yes: I’m paraphrasing. But according to the Los Angeles Times,

In a letter sent Monday to Foster Farms, the USDA said sanitary conditions at the facilities were so poor that they posed a “serious ongoing threat to public health.”

The agency has ordered Foster Farms, one of the nation’s largest privately owned poultry producers, to develop a plan by Thursday to clean up the plants.

… which is basically like saying to your carjacker, ‘I want you to stop and SERIOUSLY reconsider your goals, young man! I want you to go and just THINK about what you’ve done. I expect an apology before the day is over, and I really mean it!’

In case you’re hopeful enough about the state of our food system to ask, no recall has been issued.

In vintage animal-industry B.S. fashion, according to Huffington Post,

A spokesman for Foster Farms said no recall was in effect and that the infections were caused by eating chicken that was undercooked or improperly handled.

Salmonella outbreaks don’t trigger automatic recalls because — I’m not even making this up — the USDA considers salmonella a non-contaminant. It’s just a lil’ ol’ natural substance that can be handled by cooking the s**t out of your food.

Just so we’re clear, salmonella is an intestine-dwelling bacteria that’s spread by feces. So the argument they’re making goes like this: ‘Yes, feces in your food — but that’s ok, because you can just cook it more!’

From the CDC, on salmonella deets:

Maybe we should stop and review our goals!

We’ve embraced an animal-factory-based ‘food’ system that depends on overcrowding animals in filthy conditions and feeding them routine antibiotics so they can generate antibiotic resistant bacteria while living miserably just long enough to be slaughtered.

We’ve allowed an absolute absence of any regulation that might meaningfully curb the emergence of antibiotic resistance related to animal agriculture, to the point that the US Supreme Court told the FDA they were basically a (dangerous) embarrassment.

We’ve agreed to tolerate a government who puts short-term political posturing above the public good, ensuring toothlessness in every agency who would otherwise have at least a chance at ensuring at least a reasonably safe food supply.

And we’ve become so jaded by this disaster of a food system that when meat companies say, ‘It’s your fault you got sick because you didn’t cook the poop in your food enough!’ … we don’t even bat an eye.

You know what? I don’t think for one minute that’s the best we can do. Do you?

As you check your fridge for Foster Farms salmonella-infested chicken products, maybe it’s a good time to also take a moment to check your willingness to tolerate this nonsense: your shopping habits change the world, in our dollar-driven modern age!

If you don’t think YOU’RE the problem — for not cooking your feces-contaminated factory-farmed antibiotic-laced cruelty-ridden animal product enough to kill all the ick they’ve sold you — don’t by the s**t they’re selling. Consumer demand drives more change than stern glances from the USDA ever will!

What we allow is what will continue.