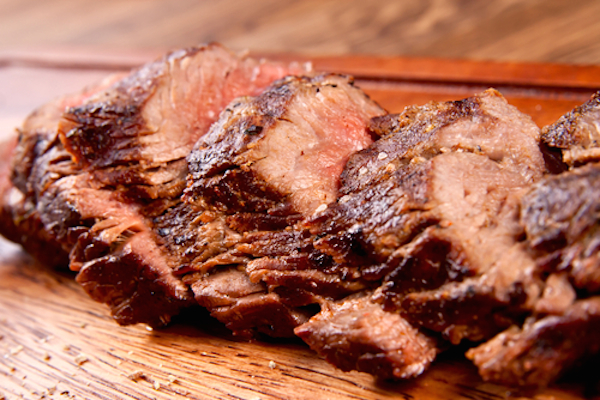 February 18, 2014: Nearly 9 million pounds of beef recalled because — according to the USDA — the meat purveyor “processed diseased and unsound animals and carried out these activities without the benefit or full benefit of federal inspection.”

Oh heavens. Sometimes I wonder why I still eat meat.

But I do! So as grilling season begins, it’s good to refresh the memory on safe meat temperatures. After all, E. coli may be good for making diesel fuel, but you don’t want it in your burger. How hot should that patty be? Read on for the USDA’s recommendations.

Don’t forget the resting time where recommended. Meat continues to cook to its safest temperature after it has been removed from the oven or grill — also known as “carryover cooking.” Many chefs and foodies (myself included) recommend letting all cooked meat rest for at least 10 minutes so the juices distribute themselves evenly throughout the food.

Looking for a quality food thermometer? Cook’s Illustrated recommends the pricey-but-awesome Thermapen (which has been on my wish list for quite some time, hint, hint). It also highlights a less expensive alternative — the CDN DTQ450X — which is less than 20 bucks on Amazon.