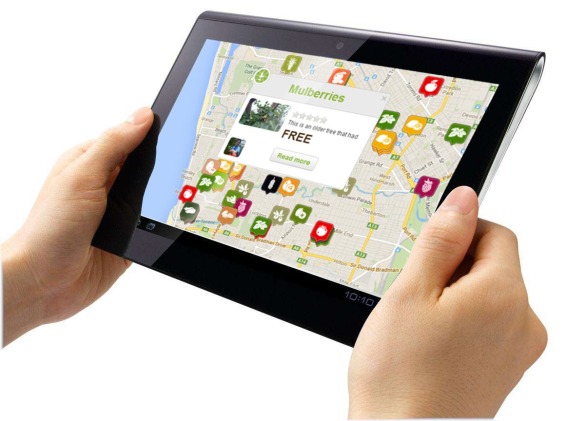 A new urban foraging app – RipeNearMe – is aiming to take urban foraging to the next level by letting growers share, swap, or even sell their bounty.

Crowdsourced apps that encourage urban foraging are nothing new. What make RipeNearMe special is the ability to tell folks how you’d like to interact with foragers. What if you could trade the mulberries on your over-producing tree for blueberries from a neighbor? Or sell those extra muscadines, and treat yourself to a fancy coffee?

By allowing people to do more than just offer their locally-grown food for free, the folks at RipeNearMe want to encourage more people to plant edibles in urban spaces. Because let’s face it: money talks.

RipeNearMe is an Australian-based app, and they want to expand their database to include urban fruit growing all over the world. Check out this video all about how it works:

RipeNearMe has been nominated as a finalist in the OuiShareFest Awards and semi-finalists in the AppMyCity contest to be held in Dallas next month.

Unfortunately, building and maintaining awesome software and spreading the word about it isn’t free. RipeNearMe is a labor of love, but if this app is going to continue to grow, they need funding. That’s where you come in! The RipeNearMe kicked of a crowdfunding campaign last week. If you like what they’re doing, throw some cash their way!