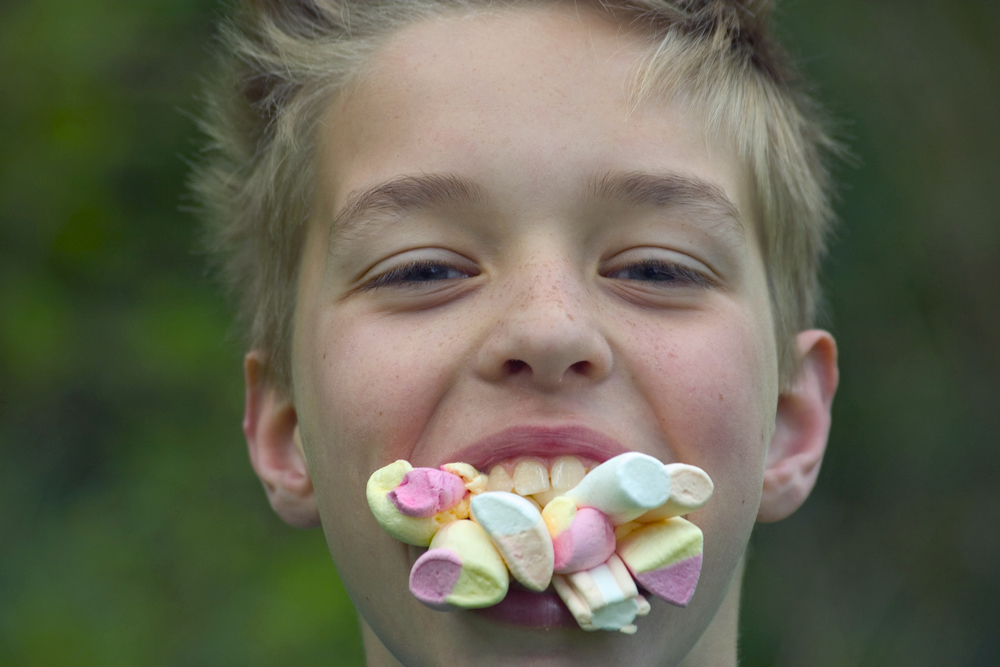 In a radical move, Lidl, a German global discount supermarket chain, has banned all types of candy and potato chips from checkouts in its 600 UK stores in favor of healthier alternatives in a move against childhood obesity.

Its a first for a major chain store. Lidl, a German global discount supermarket chain, has decided to ban all types of candy including chocolate and potato chips (but not sugarless gum) from checkout areas. The decision follows a successful 10-week test at some stores where ‘treat’ items were replaced with more nutritious alternatives, such as nuts and fruit, at one checkout in every store. These checkouts received 20% higher sales and research found that seven out of 10 customers would pick a sweet-free checkout over a traditional one.

‘We’re committed not only to raising awareness of the importance of balanced diets and healthy lifestyles, but also to making it easier for our customers to follow them …We know how difficult it can be to say no to pester power, so by removing sweets and chocolates from our tills we can make it easier for parents to reward children in healthier ways…Parents are in favor of healthier checkouts and with six in 10 households visiting Lidl at least once in the last year and five million customers a week coming through our doors, it’s important for us to meet their needs and concerns.’

A survey by Lidl – the first supermarket to implement a total ban like this – found that more than half of parents found it hard to get their children to eat healthfully when there were snacks everywhere. This jived with research published by the ‘Junk Free Checkouts’ campaign, a cooperative effort led by the British Dietetic Association’s Dietitians in Obesity Management Specialist Group and the Children’s Food Campaign. The research found that found that almost eight in ten parents found having junk food at the checkouts to be ‘annoying’ and 83% have been pestered by their children to buy junk food at the checkouts.When asked what they would like to see retailers do, the highest response given was for all food and drink to be removed from the checkouts and more than half said they would be more likely to shop at a supermarket if they banned junk food from their check outs.

‘We congratulate Lidl for making this move and leading the way on removing unhealthy snacks from checkouts. The onus is now on other supermarkets and retailers to follow suit.’

An article in the New England Journal of Medicine also concurs that candy at checkouts is a risk factor for obesity and chronic disease:

Placement of foods in prominent locations increases the rate at which they’re purchased; purchase leads to consumption; and consumption of foods high in sugar, fat, and salt increases the risks of chronic diseases. Because of this chain of causation, we would argue that the prominent placement of foods associated with chronic diseases should be treated as a risk factor for those diseases. And in light of the public health implications, steps should be taken to mitigate that risk.

So, which American retailer is going to be the first to break ground on this? Whole Foods? Trader Joe’s? I’m not holding my breath.