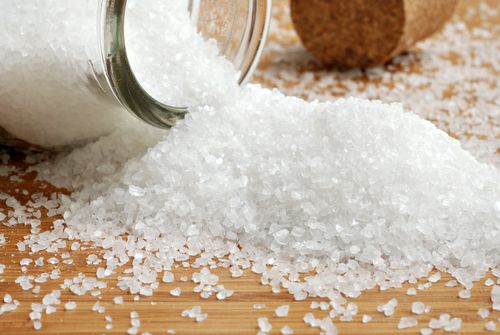 The Food and Drug Administration is asking for comments about reducing sodium consumption. Let them know what you think by January 27, 2012.

The Dietary Guidelines 2010 put Americans in two groups regarding sodium intake: those 51 and older and those of any age who are African American or have hypertension, diabetes, or chronic kidney disease should reduce their intake to 1500 mg daily, while the rest of Americans ages 2 and older should limit their sodium intake to 2300 mg daily.

The average daily sodium consumption for American adults is about 4000 milligrams. Most of that sodium comes from processed foods, not from the salt shaker.

Too much salt in the diet can contribute to hypertension and an increased risk of stroke and cardiovascular disease.

The FDA has requested comments concerning a variety of sodium-related topics:

Let the FDA know what you think of reducing sodium consumption. The original comment period has been extended to January 27, 2012, due to a request by an industry association. The food industry is paying attention to this topic.

The Center for Science in the Public Interest has a form to make it easy to comment. They include a sample letter.