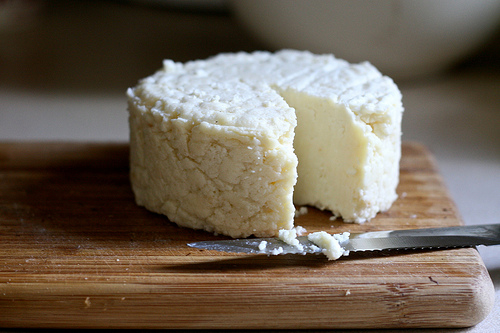 We’ve talked about a couple of incidents recently surrounding raw dairy, and it seems to be a hot topic for a lot of you. You had some very interesting comments about raw dairy, its benefits, and how the government views and treats raw dairy producers, and it felt like a topic that was ripe for more dialogue.

Here’s what some of our readers said about raw dairy. I’d love to hear more of your thoughts here in the comments!

I think raw milk is great. My family’s health has greatly improved since we have added raw milk to our diet.

It’s great how so many “safe” products stay on the shelves and cause food poisoning and death each year but a few isolated incidences of improperly-handled raw milk are used to make this extremely nutritive drink look bad.

On a today’s post about food poisoning linked to raw milk in Minnesota, Gordon Watson said:

what we’re seeing all over America is a smear campaign against raw milk dairies, carried on by govt. officials, for no good reason but to run family farmers off the land. REAL MILK = whole fresh pure raw milk – unadulterated by MPC from third world sources- is the best food there is. Local production enables yeomanry to make a living. But that doesn’t suit the Stalinist design of industrialized agriculture

whenever you hear anything about raw milk, ask yourself ‘has the govt. ever lied to me before?’

And Wendy (The Local Cook) made a point about getting to know your farmer:

For me it’s worth it, but I know my farmer and the precautions they take and continuous testing they administer. I would never buy raw milk from someone I didn’t know.

You had a lot to say about the raw cheese incident at Morningland Dairy. I think Sad Truth summed things up well with this comment:

Eliminate all the reasonable, healthy and decent choices and then only the, chemical, GMO, nutrient void, disease causing, dumbing down, unhealthy mass industrial food producers who control these “Regulatory” agencies will be left to take the $$$ for so-called “Food.”

They don’t want a single example of decent because it contrasts so obviously to their filthy disgusting methods.

You were as outraged as I was about the armed raid of a raw food co-op in late August. Reader Beth had this to say:

This is UNACCEPTABLE!! Informed individuals and families should have the right to make choices about their food…regardless of whether it fits into the corrupted mold that the USDA has created. With all the crime in Los Angeles, these are the people getting raided??! It’s time to take back our right to freely eat farm-friendly food.

It sounds like most of you support raw dairy, though there were a few negative comments as well. David S. Walenski said:

If eggs must be regulated so must rawsome. Who do they think they are for skirting our laws. There has to be concerns when you have to sign a waiver of responsiblity. Throw them all in the klinker,throw fines at them,alot of community service.

Full disclosure: I don’t do the dairy thing, raw or otherwise, but I find this debate really interesting from a food security standpoint. For the most part, these farms seem like the sort of small, family operations that are at the heart of the profood movement.

I’d love to hear more of your thoughts on this issue, since it seems to be coming up so much lately. Are you a fan of raw dairy? Do you find it worrisome? Do you avoid dairy all together? Share away!