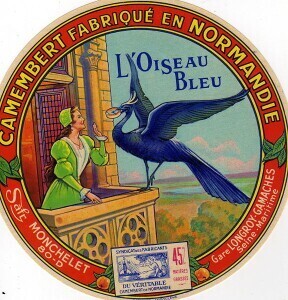 The Quebecois, always more French in their approach to food than the rest of Canada, have decided raw milk cheeses are worth taking a risk on after all.

Quebec, like the rest of Canada and the U.S., has long required raw-milk cheeses to be aged 60 days before sale to ensure against the possibility of harmful bacteria in unpasteurized milk. Artisan cheese makers have argued that many raw-milk cheeses reach their peak flavor at three to four weeks and the longer aging requirements change the inherent characteristics of those young cheeses. The North American versions of brie, camembert and other soft cheeses are very different from what is commonly produced in France, where a cheese cannot be labeled ‘Camembert de Normandie’ unless it is made according to strict rules.

The change in Quebec’s law is accompanied by new regulations controlling sanitation and handling of the raw milk and raw milk cheeses.

Let’s hope this incident of uncharacteristic government sanity crosses the border into the rest of Canada and the U.S. I’ve tasted young raw-milk cheeses given to me (because they can’t sell them to me) by some of my local dairy farmers, and the difference is amazing. I wish my government would stop protecting me from risks I’m willing to take.  But until they do, I may have to consider a quick smuggling trip across the border to Montreal.