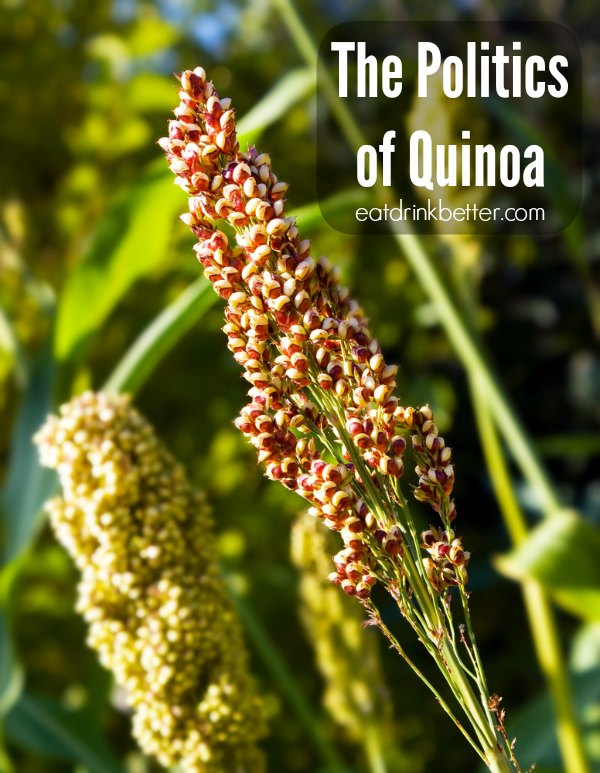 Quinoa has become a super popular food in recent years, but it turns out this humble grain could be a key to addressing world hunger. Now we just need Bolivia to share!

There’s been a lot of debate about whether the quinoa boom is good or bad for farmers. Like coffee and chocolate, it’s all about making the ethical choice. Fair trade quinoa has been a boon to Bolivian farmers, and maybe that’s why the Bolivian government is being so protective of quinoa seeds.

Quinoa and Hunger: Sharing is Caring!

A recent investigation from the Food and Environment Reporting Network took a look at the politics behind this ancient grain, and what reporter Lisa M. Hamilton found was fascinating.

Quinoa is highly nutritious and easy to grow, but the Bolivian government won’t allow the coveted ‘royal quinoa’ seeds to leave the country.

Unfortunately, it seems pretty impossible that Andean farmers could produce enough quinoa to feed the world. If more farmers could get their hands on these seeds, the price of quinoa would go down, and it could be attainable for hungry people worldwide.

Using quinoa to address world hunger makes sense to me on two fronts:

1. Like I mentioned above, quinoa is incredibly nutritious. It has tons of protein, calcium, iron, and other critical nutrients that people need to stay healthy.

2. It’s a plant food. Plant foods in general are more efficient to produce than animal foods. By focusing on a grain like quinoa, we’d be selling and eating grains directly, rather than processing it inefficiently through an animal first. If we’re going to feed the world, we need to focus on efficiency.

Billions of people go to bed hungry around the world every day. Do we really want to limit a crop that could bring those people some relief?