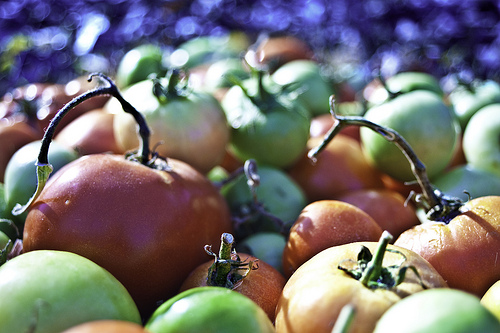 “If there are some atrocities going on, it’s not our business. Maybe it’s something the government should get involved with.” When Publix spokesperson Dwaine Stevens said they couldn’t get involved with labor issues over every product they sell, he probably didn’t anticipate the groundswell of opposition that would follow.

Publix and the Campaign for Fair Food

In December 2010, the Florida Tomato Growers Exchange, representing more than 90% of Florida’s tomato growers, agreed to join the Campaign for Fair Food, organized by the Coalition for Immokalee Workers (CIW). The Campaign for Fair Food seeks to ensure that agricultural workers be treated fairly, paid for the work they do (last year the tomato pickers got a raise in pay for the first time in thirty years), have shade and rest breaks in the field, and have access to first aid and water.

Many other growers’ organizations, such as Pacific Tomato Growers and Six L’s, and large chains, including Whole Foods and many corporate buyers, had already agreed to CIW’s stipulations.

However, Publix, Stop and Shop, and Trader Joe’s have held out. Publix even has the GreenWise Markets, which feature organic produce, sustainable seafood, and Fair Trade products. Fair Trade seeks to ensure that workers are paid a living wage for their labor and that they work in safe conditions. While I admire Publix for their efforts, it seems they could easily extend the Fair Trade idea to agricultural workers here in the United States.

What is CIW Doing?

To improve awareness of the workers’ struggle, CIW is sponsoring a “Do the Right Thing” Tour this week and last. They marched in Boston to draw awareness to Stop and Shop’s involvement.

On Wednesday, March 2, CIW will visit the Publix division headquarters in Atlanta and sit down with officials to discuss the Campaign for Fair Food. On Wednesday, Friday, and Saturday, there will be groups picketing various Publix stores across the U.S.

Change.org organized an online petition for those who want to make their voices heard, but are unable to attend a march or a protest. If there are more than 20,000 signatures on the petition before CIW sits down with Publix, CIW will take the petition with them. Tens of thousands of customers asking Publix to do the right thing is sure to have some impact with the heads of the grocery chain.