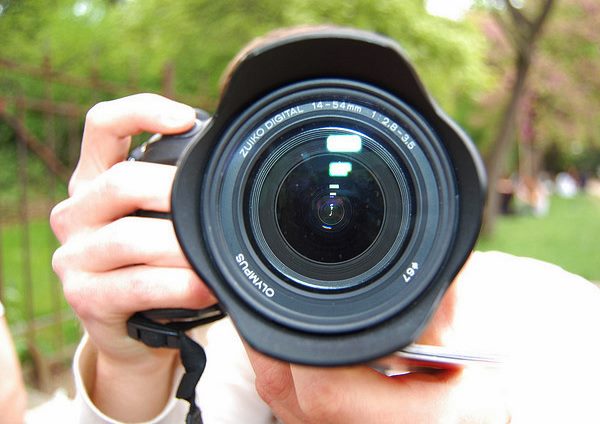 Utah prosecutors announced Tuesday they’re dismissing charges against Amy Meyer, the first person to be charged under Utah’s ag-gag law since its passage in 2012. Overwhelming national attention and public outrage immediately preceded the decision to dismiss charges, which were first filed in February. Naturally prosecutors avow that THE PUBLICITY HAD NOTHING WHATSOEVER TO DO WITH IT!!! … sure, guys —  whatever you say! Regardless, Utah’s first effort at ag-gag enforcement has been an embarrassing flop, guaranteed to raise public awareness about the need to defeat these ugly laws. Thanks, Utah!

Thou Shalt Not See What We’re Up To

Meyer was charged February 19 with a Class B misdemeanor under Utah’s new ag-gag laws, which criminalize recording agricultural operations ‘while trespassing or under false pretenses.’ Meyer filmed the Dale T. Smith & Sons Meatpacking Co. with her cell phone, while standing on a public street.

According to MSN News,

Meyer, who describes herself as an animal rights activist, went to the farm because she heard spectators on public property could “witness the horror of cows struggling for their lives as they were led to their violent deaths,” she told the Salt Lake Tribune. Before police were called, Meyer said she saw “piles of horns,” “flesh being spewed from a chute on the side of the building,” and an apparently sick or injured cow being carried away in a tractor.

While Meyer had been facing charges for some months, her case only recently captured media attention after being publicized by Will Potter at Green is the New Red, a blog that details the government’s relationship with so-called “eco-terrorists.” On Tuesday, Potter’s piece made the front page of Reddit, which sent hundreds of thousands of clicks to Potter’s website, he claimed.

Both prosecutor Benjamin Rasmussen and Meyer’s defense lawyer, Stewart Gollan, said the media attention did not play a role in the case’s dismissal. Gollan told the Tribune that he believes Rasmussen’s claim that the case was dismissed because of evidentiary concerns.

Just 24 hours after this story went viral, drawing national media attention and public outrage — some 8 weeks after charges were filed — prosecutors announced they’re dropping charges without prejudice. That means technically they could resume the case against Meyer at a later time, but according to Will Potter’s follow-up article on this prosecutorial debacle “her attorney says this is highly, highly unlikely.”

PEOPLE DON’T WANT THESE LAWS! Ag-gag legislation protects animal abusers, compromises food safety, endangers workers, and protects any and all criminal behavior by industrial animal producers at the expense of everyone downstream — these laws represent such an overtly hideous perversion of our legal system that once consumers understand what ‘ag-gag’ means, widespread outrage swells to tsunami-like proportions!

CONSUMER AWARENESS CONQUERS B***SH**! These laws can only thrive in secrecy — when public awareness overwhelms greed-driven ploys for infinite unpenalized industrial misbehavior, the former turns out to be much stronger than the latter. If people are paying attention, these laws won’t pass — and then won’t stand! Like mold, ag-gag laws need dark dank rooms of massive public ignorance; ever-growing awareness of the issues surrounding this kind of legislation acts like bright light and Clorox, on a dark and stinky legal patch of ick.

Congrats, Ms. Meyer — enjoy your newly reduced stress levels! I hope you’ll keep working to reduce animal suffering, by raising public awareness about atrocities that deserve no place in a civilized society. Personally, I would also say ‘pththtppppt!’ to the office of the prosecuting attorney; but of course that’s your call.

Well done, Mr. Potter: your reporting on this issue has been (characteristically) outstanding, catapulting the ag-gag issue (and this case in particular) into the minds of a not-nearly-as-apathetic-as-industry-hoped-for public!

And thank you, Utah! Your attempts to mandate consumer ignorance have served only to bring the ag-gag issue to a broader swath of now-outraged consumers; and your actions in this case have brilliantly illustrated the power of public pressure to shape positive change in the world.

If you’re new to the ag-gag issue, please watch:

All about ag-gag: Matt Dominguez (HSUS) and Cheryl Leahy (Compassion Over Killing) explore all the reasons these laws are so dangerous, on Progressive Kitch…

Developments this week in Utah offer encouragement that sanity can still prevail — but as with any dark and stinky patch of legal ick, public awareness is the only path forward towards positive change.