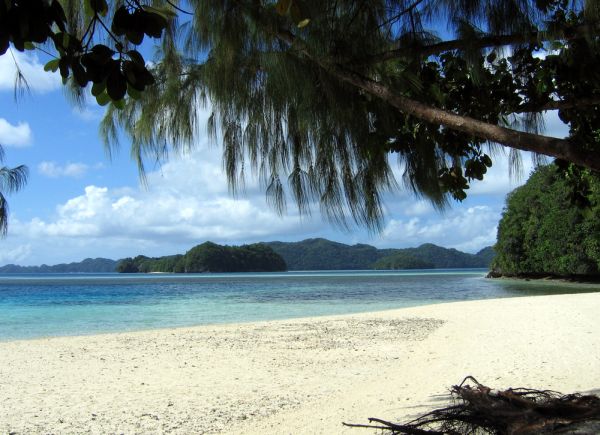 Around the world, fish populations are suffering from heavy overfishing. Tuna is just one of the overfished species, with 96.4% of Pacific bluefin stocks gone, and yellowfin, skipjack, and other varieties following soon if steps aren’t taken to ensure their survival.

Eight island nations in the western Pacific, including Palau, banded together to form the Parties to the Nauru Agreement (PNA) The PNA sets catch limits and enforces those limits – to the best of their abilities.

However, international law on the open seas is difficult to navigate. Often, Palau’s one patrol boat catches poachers in the act, but is unable to do anything because of complicated jurisdiction.

Because of careful planning of the fisheries around Palau, the sea is still plentiful. The healthiest tuna stocks swim in the seas belonging to PNA islands. 60% of the Pacific Ocean’s tuna swim in PNA waters. Nearly two-thirds of the tuna caught in the Pacific comes from PNA water. This attracts poachers from countries in southeast Asia, who use various tactics to obscure the origin of the fish they’ve poached.

The tuna is then relabeled and shipped to Japan, the United States, and other countries, where consumers have no idea they’re purchasing poached tuna.

Palau’s patrol photographs the trespassers and reports them to their home nations. Sometimes the home nation investigates the poachers. More often, it seems the poachers evade justice and simply move to other fishing grounds.

Beach on Palau photo via Shutterstock