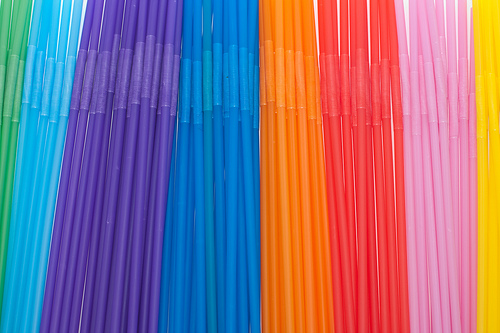 Plastic-Free February continues with just one small slip-up – or maybe a whole bunch. I need an organic chemist on call to figure out what exactly is plastic and what is not.

The slip-up happened at lunch. I went out to a buffet with my husband. The buffet was made of metal and glass. The plates and bowls were glass and forks and spoons were metal. The drinking glasses were plastic, although reusable.

The waitress brought straws and left them on the table. Before I even thought about it, I had unwrapped one and dropped it into my drink.

I thought I was obsessing about plastic. It turns out I go entire seconds without thinking about it.

My annual checkup at the optometrist opened up another set of questions for me. Eyeglass lenses are made of plastic. They could be made of glass, but only for people who need much less correction than I do. The prescription was still good, so I didn’t get new ones, meaning I still haven’t bought new plastic since starting plastic-free February.

Or maybe I did. Contact lenses are made of silicone. I do need new contacts, so I bought some.

The question is, is silicone a plastic? Products are advertised as plastic-free with a silicone seal or some such thing, implying that silicone is not plastic. Wikipedia includes silicone as a plastic.

I thought that plastic is a long-chain hydrocarbon made from petroleum. Hydrocarbons love each other and don’t let go, providing both plastic’s usefulness and its ability to long outlast its usefulness. Silicone is also a long chain, but made of a backbone of silicon and oxygen with the hydrocarbons attached to the sides. Clearly, I am confused on this. Where is an organic chemist when I need one?

Well, it’s Friday, so here’s a plastic-themed video for your enjoyment.

Image by Horia Varlan, used with a Creative Commons license.