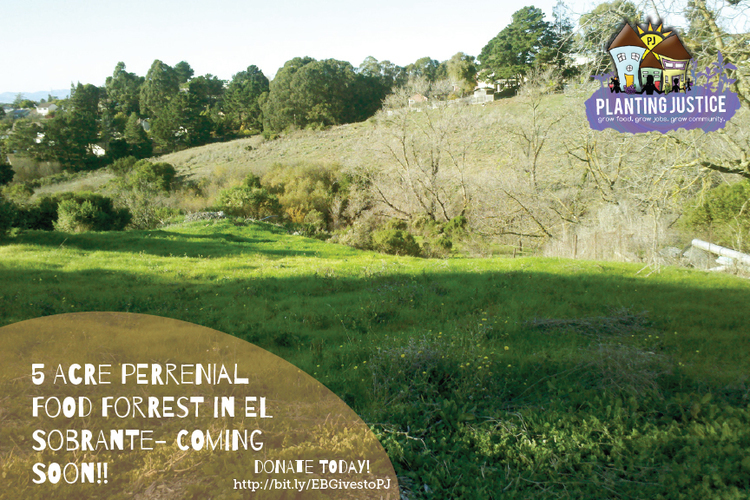 Every once in awhile, a story comes along that touches your heart. Planting Justice is one of them. The nonprofit in Oakland, California has several missions. First, it brings sustainably grown organic fruits and vegetables to an urban population that has no access to traditional grocery stores. Second, it teaches people how to grow their own food. Third, it provides employment opportunities for young men who have served time in prison.

People who claim there is no racism in America are simply not looking. Racism is rampant across the land. We have all heard news stories in the past few weeks about how the so-called War On Drugs was a cynical ploy cooked up by Richard Nixon’s closest adviser, John Ehrlishman. Its purpose was to incarcerate blacks and hippies who were disrupting Nixon’s lily white world view.

Over the past decades, the War on Drugs has cost American taxpayers trillions of dollars and wreaked havoc on America’s black community. Torrents of money have been poured into police departments, special courts, and private prisons, all for the purpose of locking up as many young black men as possible. According to a recent news report on NPR, America has 5% of the world’s population but 25% of its prison population.

Planting Justice is one small step down the path toward correcting the harsh consequences of the policy. The neighborhood known as as Sobrante Park in East Oakland is defined by grinding poverty. No major corporations want to do business there. 50% of its citizens are unemployed. Among young black men who have been incarcerated, that figure is 80%. Against this backdrop, Planting Justice seeks to work its magic.

According to its website, Planting Justice believes its pilot project in East Oakland, which comprises two acres of land, “is a model that can be replicated around the country to dramatically reduce recidivism, unemployment, hunger, and violence in disenfranchised urban communities.”

It says it can grow 100,000 pounds of fresh fruits and vegetables on that land each year using the most advanced hydroponic techniques. Those systems use 90% less water than needed for conventional agriculture. For a state that is suffering from critical drought conditions, that is an important consideration.

Just as important is its commitment to teaching the unemployed citizens of the community how to set up similar programs of their own. The expectation is that creating economic opportunity for the chronically unemployed will benefit the community at large. The organization is now in the midst of a Kickstarter campaign to help fund its agricultural and economic programs. It has raised $63,000 from 451 backers. Its goal is $100,000 and it has 15 more days to get there.

Planting Justice has this to say about its vision for the future. “Our 3 year goal for this project is to develop a replicable model for community-owned, sustainable local food systems that can be utilized by disenfranchised communities across the country. We’ll prove the model, provide intensive training to new worker-owners, share our technology, help new farmers access land and start-up capital, connect new farms to our network of produce buyers, market our produce cooperatively, and provide administrative/financial support as new projects get off the ground to support formerly incarcerated people and those most impacted by food/health inequity, in seeding similar projects on other vacant lots throughout Oakland, the state of California, and beyond.”

Your high school English teacher would flag that statement for being a run-on sentence. But Planting Justice is not looking to win any awards for grammar. It is trying to help disadvantaged people get a hand up to a better tomorrow rather than a handout.

Usually with Kickstarter, you get something back — some new product that is going to save the world. By supporting the Planting Justice Kickstarter campaign, you may get back T shirt or a hoodie, depending on how much you pledge. Commit to $300 or more and you will get 4 heirloom fruit trees from Rolling River Nursery to plant in your own garden.

But Planting Justice is not about getting stuff, it is about giving of yourself to help others. It is about showing you are willing to share some of your personal bounty with those who have so little. Donald Trump would build a wall around East Oakland.  This is our chance to tear down walls and build a bridge instead from one American community to another.

Republished with permission from Ecopreneurist.