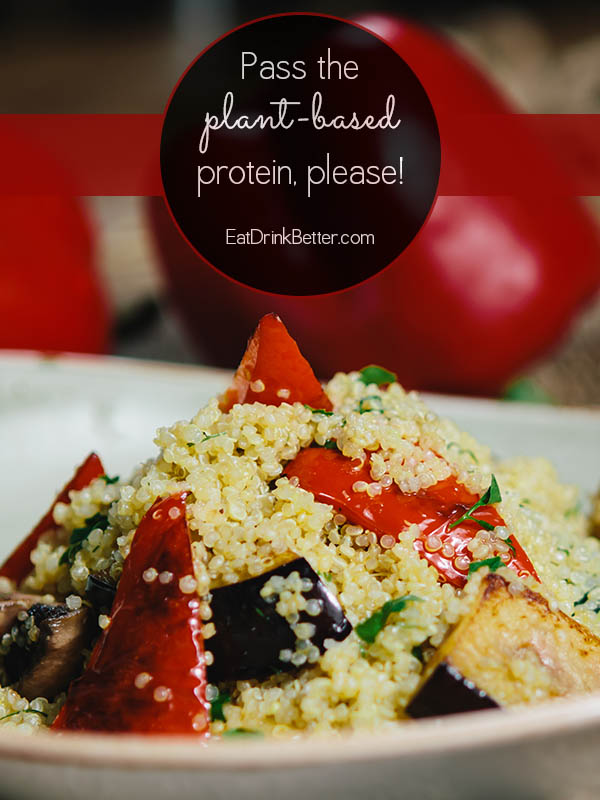 The largest study to examine the effects of different sources of dietary protein found that a high intake of proteins from animal sources – particularly processed and unprocessed red meats – was associated with a higher mortality rate, while a high intake of protein from plant sources was associated with a lower risk of death. Results from the study – which analyzed data from two long-term epidemiologic studies – appears in the August 1 issue of JAMA Internal Medicine.

Related: Protein and Cancer: The Facts We Can’t Ignore

“Overall, our findings support the importance of the sources of dietary protein for long-term health outcomes,” says Mingyang Song, MD, ScD, a research fellow in the Massachusetts General Hospital (MGH) Clinical and Translational Epidemiology Unit (CTEU) and Division of Gastroenterology and corresponding author of the report. “While previous studies have primarily focused on the overall amount of protein intake – which is important – from a broad dietary perspective, the particular foods that people consume to get protein are equally important. Our findings also have public health implications and can help refine current dietary recommendations about protein intake, in light of the fact that it is not only the amount of protein but the specific food sources that is critical for long-term health.”

While several studies have suggesting that substituting proteins for carbohydrates in the diet has several health benefits – including weight management, reducing blood pressure and other cardiovascular risk factors – the authors note, few studies have examined the specific sources of protein. Those that have were relatively small and based on one-time assessment of participants’ diets. The current study analyzes data from the Nurses’ Health Study (NHS) and the Health Professionals Follow-up Study (HPFS), which have compiled comprehensive health data on more than 170,000 participants since the 1980s. In addition to completing overall health questionnaires every two years, participants provide information on their dietary intake – specifically how often they consumed portions of particular types of food during the preceding year – every four years.

Related: Plant-Based Protein Sources: A Story and a Cheat Sheet

The researchers analyzed more than 30 years of data for NHS participants and 26 years of data for HPFS participants, totaling more than 3.5 million person-years. During those time periods more than 36,000 deaths were documented among study participants – almost 9,000 from cardiovascular disease, around 13,000 from cancer and about 14,000 from other causes. After adjustment for lifestyle and other dietary risk factors, a high consumption of protein from animal sources – any types of meat, eggs or dairy – was weakly associated with an increased rate of death, while high consumption of protein from plant sources – breads, cereals, pasta, beans, nuts and legumes – was associated with a lower mortality rate.

More careful analysis revealed that the association of animal protein intake with an elevated mortality risk only applied to participants with at least one factor associated with an unhealthy lifestyle – being either obese or underweight, heavy alcohol consumption, a history of smoking, or physical inactivity. In fact, the association disappeared in participants with a healthy lifestyle. Analysis based on specific sources of protein indicated that the animal-protein-associated mortality risk applied primarily to processed and unprocessed red meats, which include both beef and pork products, and not to protein from fish or poultry.