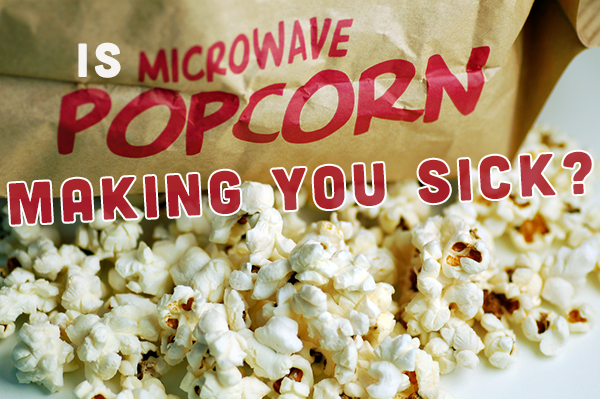 Remember when we learned that BPA leached from packaging into the foods we eat? Another chemical called PFOA – used as a non-stick coating in cookware and food packaging – could be just as dangerous. Maybe more so.

PFOA stands for perfluorooctanoic acid, and it’s great at preventing food from sticking to things. Conscious eaters already know that nonstick cookware is bad news, but that’s not the only place you’ll find PFOA and its toxic cousins. Heather wrote about perfluorinated chemicals in fast food packaging back in 2010. PFOA falls under that umbrella, and even that isn’t the end of the list.

So, who cares if there’s PFOA in my food?

Like many chemicals that we come into contact with on a daily basis, this one isn’t very thoroughly tested before being approved for use. Third party studies of PFOA have found links to cardiovascular disease, kidney disease, high cholesterol, and even cancer.

Ninety eight percent of Americans have PFOA in our bloodstream, and almost all newborns test positive for the chemical. Since companies don’t have to label products that contain PFOA, there’s no way to know which packaged foods contain it and which don’t.

Obviously, a link – even a strong link – doesn’t mean that PFOA causes any of these diseases, but when it comes to health, I’m a big fan of the cautionary principle. Shouldn’t chemical companies have to prove that their products are safe before we ingest them?

Are you worried about PFOA in your food and in your bloodstream? Manufacturers DuPont and 3M are planning to phase the chemical out by 2015, but until then avoiding the cookware and foods listed below are a great way to keep PFOA out of your body.

Basically, if your food comes in a paper wrapper but somehow manages not to stick to the paper, chances are there’s PFOA in the coating. Here are some places where your food might be in contact with PFOA or other perfluorinated chemicals:

Once again, we’re seeing an example of the inherent benefits of cooking at home using whole food ingredients rather than eating packaged convenience foods. Need some ideas for easy alternatives to store-bought convenience foods? Check out some DIY convenience foods you can make at home instead!