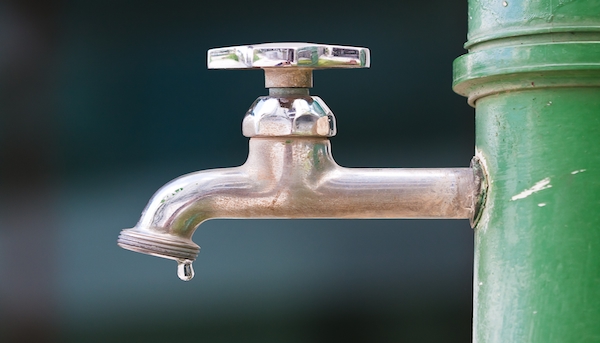 After news that 15,000 Detroit households recently had their water shut off caught national attention, animal rights group PETA (People for the Ethical Treatment of Animals) has offered to turn it back on. There’s just one small caveat: Detroit residents need to adopt a vegan diet.

Ten Detroit residents who agree to give the vegan diet a go for at least one month will get a one-month water bill paid by PETA as well as a basket of vegan food.

“The last thing that people who are struggling need is increased health care costs,” PETA noted on its blog. “By accepting our offer to go vegan, not only will families be getting an immediate financial boost and helping animals, if they stick with it, they’ll also lower their risk of obesity, heart disease, cancer, diabetes and strokes.”

As with any publicity stunt PETA pulls, the media had a field day with this one, calling it patronizing and accused the organization of putting its own agenda first.

But doesn’t the nature of offering a helping hand—the you-scratch-my-back-I’ll-scratch-yours imply that we might have to do something that benefits someone else? PETA is offering to provide people with water—and food—and all they’re asking in exchange is that those people eat a healthy vegan diet during that time period. That’s hardly offensive even if it’s self-serving.

And let’s face it; if you can’t afford to pay your water bill, which is generally the lowest among monthly household bill costs, chances are pretty good that  you’re not eating the healthiest food either.

If you’re a Detroit resident in need or know someone in the city who has had their water shut off, PETA is accepting copies of overdue water bills and the pledge to go vegan for one month until August 1. Submissions can be sent to the organization’s Virginia office.