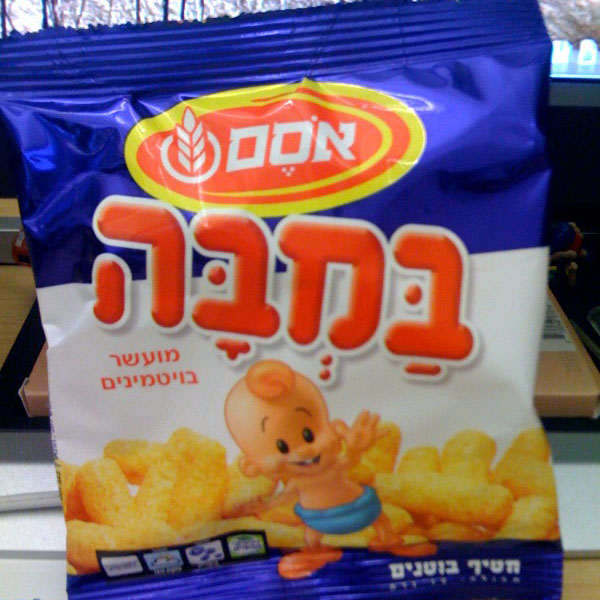 Marion Nestle just returned from a trip to Israel and wondered why she heard virtually nothing about peanut allergies while the was there. Here in the States, it seems like you can’t buy packaged food or eat at a restaurant without seeing allergy warnings.

Related: Discrimination Because of a Peanut Allergy?

In Israel, parents give their babies a snack called Bamba, which contains peanuts. Nestle describes them as “peanut-flavored Cheetos,” and it sounds like they’re similar to the teething biscuits or puffs that parents in the U.S. give to babies. The difference is that Bamba contains peanuts, and there’s good evidence that this early introduction is what’s protecting Israeli kids from peanut allergies.

The link between early introduction and fewer allergies is nothing new, but since many American parents still hold off on introducing peanuts during the first year (I certainly did!), it’s something that’s worth bringing up again. In 2015, the American Academy of Pediatrics (AAP) changed their recommendations for when to introduce peanuts. The new guidelines recommend introducing them between four and 11 months, even in high risk kids.

That doesn’t mean you should give your baby a spoonful of peanut butter and walk away, though. Peanut allergies are real, and while early introduction may prevent an allergy, it’s not a 100 percent guarantee. Healthy Children has some good guidelines for how to introduce peanuts to kids, especially high risk kids. Basically, they recommend talking to a pediatrician if you have any concerns and watching your child closely after giving them food containing peanuts.

My son’s pediatrician told us that the reaction may not occur the first time a child eats peanut products, so she suggested giving a small amount of peanuts – maybe a tiny bit of peanut butter on the top of your finger – in the morning for a few days and monitoring our son for signs of a rash, coughing, or shortness of breath.

Healthy Children also points out that this research applies to peanuts and may not extend to other foods.