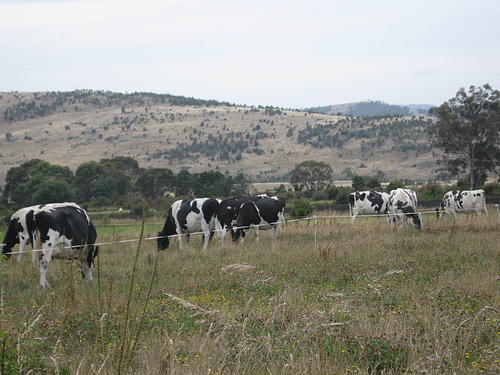 Research by the USDA on systems of caring for dairy cattle shows that a pasture-raised herd improves air and water quality significantly when compared to cattle in a confined animal-feeding operation (CAFO).

The USDA used a computer model to compare the environmental impact of four herds: two raised entirely indoors, one that spent seven months on pasture and the rest of the year inside, and one raised entirely on pasture. The amount of pollution by each herd was calculated over a 25-year period.

Typically, CAFO dairy cattle produce around 20,000 pounds of milk per cow per year, while pasture-raised cattle produce significantly less. The researchers adjusted the size of the herds so that each herd produced the same amount of milk.

The study only looked at the effect of grazing systems and manure management on the environment. It’s not the first study on this topic, but it helps when government scientists and independent scientists agree. Other reasons to prefer pasture-based systems include animal welfare problems and antibiotic overuse in CAFOs and the better nutritional profile of milk from grass-fed cattle.