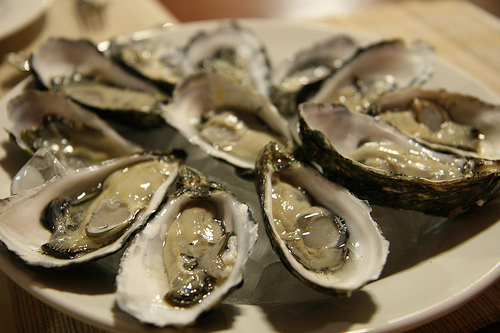 Oysters are a popular item on many Valentine’s Day menus because of their reputation as an aphrodisiac.

But a new study suggests that these succulent mollusks might disappear from the dining table one day soon.

The survey, published in BioScience, compared the past and present conditions of oyster populations across the globe, and found that more than 90 percent of former populations have been lost. The researchers found that, in many places, oysters are now “functionally extinct,” meaning that the oysters no longer play any significant role in their ecosystem.

In addition to being an important food source, oysters provide many important ecosystem services such as water filtration and pollution remediation.

The major culprits in the decline in wild oyster populations are over-harvesting and disease, the later of which is often exacerbated by introduction of non-native species.

Image courtesy of Allerina & Glen via a Creative Commons license.