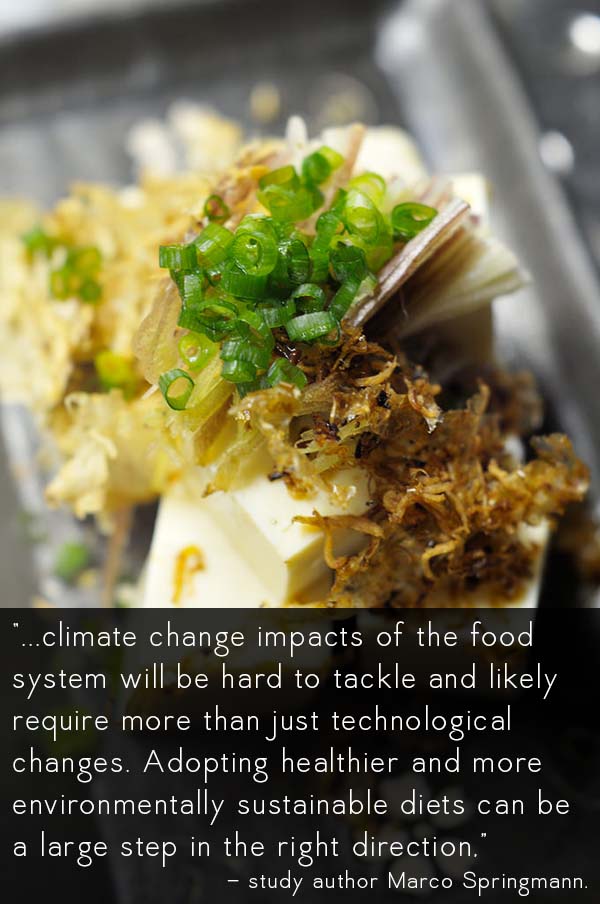 An Oxford vegan diet study has found that 8 million human deaths and $1 trillion in healthcare costs each year could be saved if more people ate vegan.

Oxford University researchers examined four different diets and found that vegan one was better for human health and the planet. “We do not expect everybody to become vegan. But climate change impacts of the food system will be hard to tackle and likely require more than just technological changes. Adopting healthier and more environmentally sustainable diets can be a large step in the right direction,” said Oxford vegan diet study author Marco Springmann.

Oddly, the study doesn’t mention the number of animal lives that would be saved each year.

There has  been other research showing that animal-based agriculture contributes more to climate change than all global transportation combined. In particular, cattle management is the main contributor.

Related: Which diet has the lowest carbon footprint?

A  variety of research studies have indicated that a vegan diet may also reduce the risks of developing chronic diseases like heart disease, cancer, diabetes, and obesity.

Considering how complex and difficult health care problems and climate change are, it might be somewhat shocking to learn that there is at least a partial solution in a vegan diet. In the US, less than 3% of the population is vegan, and there are some beliefs that a vegan diet is ‘weird’ or ‘radical.’ However, eating vegan is not just for hippies or artists. It could be beneficial for the general population. Obesity is a big problem in developed countries like the US and UK, so switching to a vegan diet might be a solution in some cases.

A plant-based diet is also better for the environment because raising animals produces millions of gallons or waste products which can pollute water ways. Of course, there is the climate change factor as well.